When this site is dormant for a day or so it doesn’t mean we haven’t detected any bias nor that we’ve been arrested for having extremist thoughts. Not so far, anyway.
We’re just otherwise engaged.
I’ve been busy attending to certain things, and Craig is probably just sitting around smoking a pipe. (Or going to work) 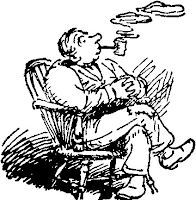 But the main thing that caught my eye over the silent days and nights has been these two contrasting incidents that were featured on Daphne Anson’s blog.

Which do you want first, the good news or the bad? Do you want Sajid Javid or the BDS?
Okay we’ll go for Mr. Javid. 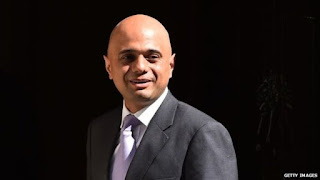 He has gone against the zeitgeist and praised Israel! What do you think of that, eh? Not only does he oppose boycotts, he said

“My department... will be working hard to boost Anglo-Israeli trade and investment, and I as business secretary will do anything I can to support and promote it” He described the most recent period of trading between the UK and Israel as the golden era.”

That’s just about the most sensible thing I’ve heard from the government in a long while.
If you’ve been aware of some of the innovations and enterprise highlighted on this website as I have, you’ll know that a policy of BDS aimed at Israel would be the dumbest example of cutting off ones nose to spite ones face one could dream up. Stephen Hawking take note.

Much has been made of the fact that Mr. Javid is either a Muslim, or of Muslim heritage, so he gets double points for going against the grain and speaking up in this manner. Bravo.
He’s not jumping on any bandwagon because of his new job either. He’s been a fan of Israel for quite a while.
Now for the bad news, which you probably already know.  Have you read Denis McEoin on it though? You’ll already have heard about or read the letter signed by the same old same-olds and some groupie luvvies, which was published in the Guardian  calling for the cancellation of ‘Seret’ the London Israeli Film and TV festival. The article was illustrated with a line of tanks flying the Israeli flag. I hear there are some cracking films they don’t want you to see. 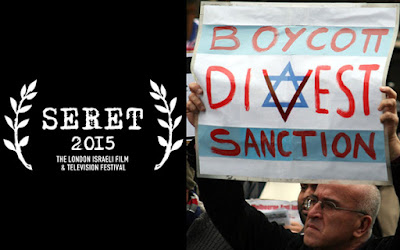 The usual names are on there. Ken Loach and Mike Leigh, both of whom used to be fine filmmakers - not quite so sure they still are. Miriam Margolyes is another signatory. She’s famous for being a lesbian and rude, as well as the polemicist Pilger and the director Peter Kosminsky who had everyone fooled when he pretended to be an authority on the history and politics of Israel when promoting that anti-Israel TV drama called “The Promise.” At the time he appeared on  Channel 4’s live Q & A session, posing as an expert, enlightening the ignorant with his own supposedly authoritative views.  Shortly after that he ‘came out’ appearing alongside other rabidly anti-Israel activists on PSC panels and the like.

So these five are about the only ones anyone has heard of. See more here.

“Is it really worth listing each of the many factual errors and expressions of outright bigotry in the (letter)? There is no mention of the war crimes committed by Hamas in the last Gaza war, no reference to the Amnesty International and Human Rights Watch reports detailing those crimes; detailing Hamas torture and killing of Palestinians, and refuting Hamas's claim that their attacks on Israel were not war crimes. I had always thought that human rights activists leaned heavily on Amnesty International and Human Rights Watch for information and support, but clearly, any wish to be accurately informed does not apply when it might get in the way of their strident condemnation of Israel.
The phrase "wanton destruction and killing in the Gaza Strip by the Israeli military in 2014" also stands in complete contradiction to the facts -- facts showing that Israel has done more than any army in history to minimize civilian casualties and that it was entirely within the bounds of international law in its attacks on military installations placed in civilian areas.”

Mc Eoin mentions some of the things these people don’t bother protesting about. Films from Iran for example.

“Iran has a wonderful record in making films of international merit. The works of directors such as Darius Mehrjui, Mohsen Makhmalbaf, Abbas Kiarostami, or Ja'far Panahi are acclaimed at international film festivals from Cannes to Venice to London. Many of these films contain terrific performances by female actors like Leila Hatami, star of that remarkable film A Separation, or actor-director Pegah Ahangarani.
But Iran has one of the worst human rights records in the world today. It executes almost as many people as China, it represses women, it persecutes its religious minorities, it jails dissidents, and it declares a longing to wipe Israel off the map. Leila Hatami was threatened with flogging after she kissed the president of the Cannes film festival on the cheek, in an everyday French custom. Ahangarani was arrested and imprisoned twice for taking part in pro-democracy protests in 2009 -- protests that were brutally crushed by the regime.

Stupid people who call for boycotts of Israel should also refuse to take advantage of Israel’s other advancements including the latest breakthrough in cancer research. When this sort of breakthrough is announced on the BBC Israel’s involvement is rarely mentioned.

At the time of writing neither of these newsworthy topics have been covered on the BBC.

Sajid Javid believes in Israel.  The boycotters’ are working hard for its destruction. That is the golden era they are aiming for. To win they will truly have to cut off humanity’s nose to spite its face.
Posted by sue at 18:35