Who needs a BBC paper review when you've got ITBB's very own selection from the Sunday papers - well, from The Sunday Times anyhow?

Curiously, all of this morning's selection relate to the BBC. 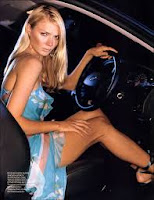 They most definitely did ask Clarkson back — but having been compared to Jimmy Savile he mysteriously decided to tell them to stuff it. Clarkson’s replacement is the personable and gingerish Chris Evans. Evans does not have Clarkson’s sharp wit, mordant and indecent humour or air of grouchy rebelliousness. He is, however, what the BBC execs came up with when they pondered: who is a bit like Clarkson (that is, white, male and middle-aged) but not as prone to dissing Argies.

They are paying Evans the GDP of an Arab satrapy and are supposedly putting alongside him a nice lady, Jodie Kidd. Jodie is posh as hell, apparently likes cars and will be good for the totty factor, because she’s quite fit. Sorry: you think that description is offensive? What else has she done, other than model and pout? There are female car journos, plenty of them — Zoe Williams at The Guardian springs to mind. But the BBC wants to have its cake and eat it. Make sure a woman is involved, but also make sure she’s a bit foxy. We’ll deal with the lawsuit when we sack her for being old later on. 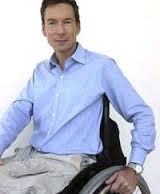 And here's the opening section of an article about the BBC's security correspondent, Frank Gardner:

SAUDI ARABIA was prepared to pay £1m to the BBC correspondent Frank Gardner after he was gunned down on the streets of Riyadh by al-Qaeda, according to diplomatic cables revealed by the website WikiLeaks.

However, Gardner told The Sunday Times that proposed compensation for the injuries he suffered in the 2004 gun attack never materialised.

An undated memo signed by Saud al-Faisal, who served as the Saudi foreign minister until earlier this year, said that Gardner had requested compensation for the attack and the Saudi ambassador in London had struck an agreement to pay out £1m.

Simon Cumbers, a BBC cameraman, died in the attack, which took place after the team was abandoned by their government minders outside an al-Qaeda safe house in the Saudi capital.

“The journalist has not made negative statements about the kingdom in any of his conferences, talk shows and public appearances after his release from hospital,” the memo said.

And now one for the cybernats:

THE SNP is demanding that the BBC puts more money into television rights for Scottish football amid complaints that the corporation has short-changed the game.

The broadcaster has been criticised for paying only £1m a year for Scottish highlights — a fraction of the £68m for English Premier League rights. Given that about 10% of licence-fee revenue comes from Scotland, the nationalists claim clubs north of the border are getting a raw deal.

And, finally, it's back to Rod Liddle again, telling it straight about BBC bias:

The director-general, Tony Hall, has told the government not to “screw around” with the BBC. But with every month that passes the BBC screws around with the dwindling number of people who still watch its output. The political bias in story selection and approach to those stories is perhaps more flagrant now than it has ever been.

The coverage of two recent front-page issues — aquatic migrants coming from North Africa and British-born Muslims heading for the Islamic State — has been almost entirely one-sided. Respectively: rescue them and then let them in; stop them leaving and give support to Muslim communities. Like the Labour party, there is not the slightest indication within the BBC that it realises it is losing, or has lost, the goodwill of the population.

You sort of hope the new culture secretary, John Whittingdale, will be as robust with the BBC as he is promising. Screw around with it a bit, John. The corporation needs it.

P.S. Stewart Lee has had his very funny say on Top Gear too over at the Obserdian (h/t Alan at Biased BBC).

Yes, he's a lefty (and would hate this blog), but he's a brilliantly funny lefty who's made me laugh much more than pretty much any other (recent) BBC comedian over the years (and, come to think of it, maybe he's right that mocking Gordon Brown's semi-blindness wasn't a very nice thing to do):

The Britpop DJ and breakfast television innovator Chris Evans is a brave man. But perhaps he has a suicidal streak. Or maybe, more nobly, he has discovered a belated desire to do some good in the world, as if to atone for the crimes of his past, before walking willingly to his inevitable doom. Like Gene Hackman’s crazy priest in The Poseidon Adventure, Jesus Christ from the New Testament or the nuclear clean-up crews at Fukushima, Chris Evans’s odds of surviving the job he has taken on are not encouraging. But he is doing something that needs to be done, for all humanity.

Because, for years now, a vast, gaping inter-dimensional sphincter, the size of a gothic cathedral rose window, has throbbed and dilated silently at the heart of the BBC buildings on Upper Regent Street, belching fossil fumes and foul thoughts from a dark realm of negative space. I saw inside the pulsating meat oculus once, caught unawares as I stumbled across the Dave channel late at night, drunk. There, between Lee Mack’s laughing face and Robson Green’s leaping fish, compelling footage of the fetid portal’s sickening interior unfurled endlessly into the small hours. I saw it, so you don’t have to...

...The chalice Evans has accepted is poisoned, and there is some old wee or something on the bit where you hold it at the bottom, and that wee will probably go on his hand. But I give Evans my blessing, despite the fact that I, as a multi-Bafta award winning BBC star myself, have been anxiously awaiting the call to accept the detoxification job that he has finally been offered.