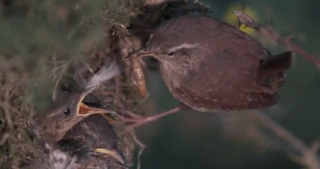 Do you know, I don't think I could care less about being topical tonight! So...


I have our windows open this evening, as it's hot up north, and some blackbirds are singing, others sounding alarm calls.

The swifts are repeatedly tttssseeeessissing overhead.

The collared doves are adding their usual three-note coo too (too), and the loud young lasses whose voices have dominated a fair part of this evening have just been dispatched indoors by their parents (though not entirely of their own accord, from what I've just heard).

The seagulls are still giving it their all too (having often overpowered the girls at earlier times) with their carefully judged hysterical laughter (like a Radio 4 audience at the one-and-only-genuinely-funny Marcus Brigstocke joke in a Marcus Brigstocke programme).

Salmon-coloured streaks flavour the soon-to-be sunset over eternally beautiful Morecambe Bay and non-drinking drivers (presumably) shush by quietly on the nearby promenade (as we call the road that runs besides the actual promenade).

And, yes, part of my relative silence over the past three weeks has been my dogged post-work, post-exercise, post-family determination to watch every last second of BBC Two's Springwatch and the Red Button's' Springwatch Unsprung.

Attentive readers of this blog may have spotted that I absolutely love this particular BBC spectacular (and its various offshoots, such as Autumnwatch).

It's another thing I'd be very willing to pay for if the licence fee were given the Duke of Wellington's boot - and, to be honest, one of those things that make me extremely queasy about giving up the licence fee.

[Ed: But, Craig, please don't forget the fact - and it is a fact (More or Less?) - that a good 10% of UK convictions arise out of BBC prosecutions over the licence fee.]

Still, Springwatch (and Springwatch Unsprung) have yet again been the BBC at its very best.

Yes, I've read the criticisms of the programme at various sites (a) denouncing it for daring to feature an "effnik" (the delightful David Lindo) - and thought, "Oh dear!", or (b) denouncing it for focusing sympathetically on those highly-controversial badgers (of TB fame) - though Springwatch has been badger-fixated ever since it began (and before TB), or (c) denouncing it because of those occasional, fairly-cautiously-veiled references to climate change/global warming... 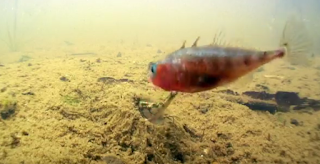