Leaving out the antisemitism

Much of the bias we complain about again and again comes into the category of 'bias by omission'.
Much of this relates to Israel, antisemitism, and the BBC’s inexplicable blindness to the mountains of vile antisemitic rhetoric that pollutes the Arab world.

The example of bias by omission in my previous post, which sets out what Jonathan Dimbleby interprets as the BBC’s excessive cautiousness, is but a tiny indication of an enormous problem.
The BBC’s reluctance to broadcast Dimbleby senior’s account of the liberation of Belsen in its entirety is much more than Auntie’s prim and proper desire to be prudent. In fact it’s the tip of a very large iceberg.
We’ll have to wait and see whether Jonathan Dimbleby is man enough to confront this specific blunder by the BBC head on, but it’s more realistic to expect excuses and apologetics. Well, the BBC is his employer.

Many omissions are documented daily by BBC Watch. The continual ‘last first’ reporting, when the news only starts when Israel retaliates. Neglecting to rectify, or rather continually allowing reporters and journalists to make misleading and erroneous allusions to Israel’s cruelty and brutality, such as gratuitously imposing restrictions on materials, humanitarian aid, utilities and individuals’ passage to and from Gaza. Similarly, allowing factually incorrect myths to be perpetuated and disseminated by BBC journalists again and again. 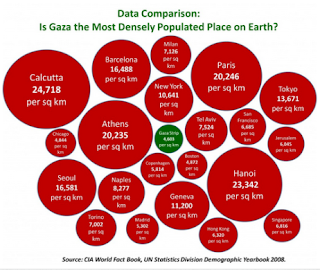 The ‘apartheid’ wall, checkpoints etc., are routinely alluded to context-free; isolated from the circumstances that necessitate them. The terms ‘occupation, settlements, ‘international law’  etc. are bandied about, devoid of the legal or political significance necessary to clarify them and defuse their toxicity.

The absence of any mention of the constant incitement that pours out of the Arab media is just about the most egregious example of this kind of bias.

"The Children of Israel... would look for a small child, kidnap and steal him, bring a barrel called the barrel of nails... They would put the small child  in the barrel and his body would be pierced by these nails.  In the bottom of the barrel they would put a faucet and pour the blood" 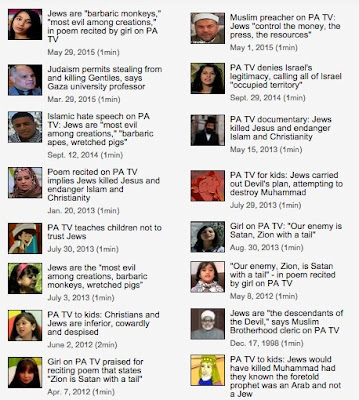 The BBC rarely provides relevant information about any antisemitic or anti-Israel activism on the part of individuals or organisations they consult as spokespersons and experts. They rarely take care to clarify any similar background information appertaining to events they report or publicise, all of which is vital for putting such matters into the appropriate context.

Looking through the BBC Watch archive, the list of bias by omission is lengthy and depressing. The BBC is just as afraid of ‘seeming biased and wrong’ as it ever was.  It’s a shame the Times is behind a paywall. Melanie Phillips has written today about Tony Blair’s new role. You can’t reason with religious fanaticism, she says.

“In his deluded mind Islamic aggressors are rational and can be persuaded to act in self-interest.
His error, expressed with Moshe Kantor, the ECTR president, was to say that the problem is not faith but the “abuse” of religion, a mask behind which extremists ranging from Islamists to erstwhile belligerents in Northern Ireland seek to conceal their all-too-worldly agenda of death and destruction.”

In an article in these pages last week Tony Blair warned of the dangers to Europe from extremism and highlighted the global explosion of antisemitism. But his analysis as the new chairman of the European Council on Tolerance and Reconciliation was profoundly wrong.

Also in the Times letters section, I spotted  one headed: Holocaust denial.
The writer cited Oliver Kamm’s article, which I blogged here.  I’ll just remind you what I said before it disappears off the page:

Oliver Kamm has a piece in the Times (£) called “Blair is dangerously wrong to try to ban Holocaust denial”[...] “It should be met with evidence, not suppression.”
On the face of it, this is a convincing theory. Kamm believes that because Holocaust denial is “flat-out false” it can be properly countered with evidence. He concludes:

“An empirical claim that is false and fraudulent is properly countered with evidence not suppression. Once we accept that people have a right to protection from bad ideas we concede that criticism and scientific method are inadequate intellectual defences. They are in reality the rock of western civilisation.”

The flaw in the theoretical argument is the actuality. People believe what they want to and they don’t believe what they don’t want to. Never mind evidence.
If the historiographical evidence is reinterpreted or rearranged by racists and fakers, that is good enough for the haters thank you very much. Its historiographical value may be zero, as Kamm says, but as far as reinforcing prejudice goes - in terms of  social psychology - it is invaluable. Confirmation bias is “a tendency to search for or interpret information in a way that confirms one's preconceptions”.
Passing another unenforceable law is not the answer. It is the same old argument that says making a “thought” illegal is fascistic and  counter-productive. It will drive it under the radar and all that. I believe this is correct; it is and it will.

Anyone with a hard copy of the Times will see that Times letter writer, Irwin Stelzer, Scholar, the Hudson Institute, agrees. His argument more or less echoes my own. (If I don’t blow my own trumpet who else  will?)   He says:

”To rely on reason when dealing with literally unreasoning people is a futile exercise as anyone who has encountered the strain of antisemitism being peddled in the Middle East, and increasingly throughout Europe, will attest.”

“The BBC needs to acquaint itself, and then its audience, with the antisemitic rhetoric that is pouring out of the Arab world. Prejudice gets reinforced by negative stereotypes and lack of exposure to positive ones. The BBC needs to begin normalising its relationship, and the public’s, with Israel. Even some Egyptians are beginning to realise that this is a mutually beneficial plan. The BBC must stop infantilising the Palestinians and glorifying their unique brand of self-perpetuating grievance-mongering and victimhood. The BBC must learn to value western civilisation, and reestablish it, rock and all, in their own eyes, and in the eyes of the public.”

“... the west cannot understand the central importance of the hatred of the Jews that daily pours out of the Islamic world.For this is not a prejudice like any other. It is a unique, murderous antipathy, rooted in the Islamic world in holy texts and which portrays the Jews as a demonic conspiracy to rule the world and destroy Islam.”

Is it any wonder that the west cannot understand this when the evidence is kept from us due to the BBC’s misguided sensitivity and supposed concern that it might seem ‘biased and wrong”?
Posted by sue at 18:01