The rock of western civilisation

Tony Blair, former Prime Minister of Great Britain, the man who tops everybody’s ‘most hated’ list, is to figurehead the fight against antisemitism. 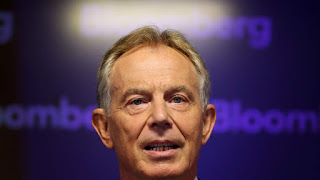 I’ve been reading the Guardian, obviously. That’s the first place one would look if one wished to see actual antisemitism.

The Guardian’s long-term editorial policy of Israel-bashing has collided with the news of Mr. Blair’s unexpected appointment like a kind of antisemitic Hadron Collider. The elementary particle, which is Jew hatred, is the Higgs Boson that we knew was there all along.
The BBC’s only-one-half-of-the-story approach to reporting on the Israel / Palestinian situation has spawned a ground-sea of heartfelt, passionate ignorance.

We might think of ignorant antisemitic hatred as a parasitic beastie, permanently lingering and lurking, ready to jump on any passing bandwagon and strut its stuff. Screech, raise gaudy tail feathers and display. Peacock style. That’s how I see it today.

Plucked  from the Guardian a couple of days ago:
”land, colonisation, illegal settlement and brutal occupation....(much as I abhorre (sic) anti-semitism).”
That is someone’s view of Israel.
“hidden agenda and that shadowy people pulling the strings, are the actual ones in control.......”
and that is someone else’s perception of Jews.

On this occasion, ‘stolen land, ethnic cleansing, apartheid, war crimes and racism’, are eclipsed by the pithy ad hominem,  aimed at Tony Blair.
Some commenters expressed faux sympathy with ‘The Jews’ for having 'war-mongering, money-grubbing' Bliar’ foisted upon them, which, they claim, will exacerbate not diminish the ‘understandable anger at Israel because of what it is doing to the Palestinians’ which, by the way, is not antisemitism, but legitimate criticism.

And look. Here’s Sky. (Does anyone edit the Sky News webpage?)
“It campaigns for European (sic) to make Holocaust denial a criminal offence ....”

The below the line comments accuse Mr.Bliar of creating IS, and /or importing thousands of antisemites during the last Labour government. “Bad news for Jews” says someone.

The most blatantly antisemitic comments beneath press reports of this news by far emanate from the Independent and RT. I don’t even want to link.

Are Guardian readers losing their passion? No, they’re as full of righteous indignation as ever, and possibly a tad feeble-minded.

The BBC doesn’t think it’s biased by the way. It thinks it’s impartial. 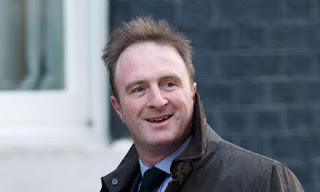 Oliver Kamm has a piece in the Times (£) called “Blair is dangerously wrong to try to ban Holocaust denial”[...] “It should be met with evidence, not suppression.”

On the face of it, this is a convincing theory. Kamm believes that because Holocaust denial is “flat-out false” it can be properly countered with evidence. He concludes:

“An empirical claim that is false and fraudulent is properly countered with evidence not suppression. Once we accept that people have a right to protection from bad ideas we concede that criticism and scientific method are inadequate intellectual defences. They are in reality the rock of western civilisation.”

If the historiographical evidence is reinterpreted or rearranged by racists and fakers, that is good enough for the haters thank you very much. Its historiographical value may be zero, as Kamm says, but as far as reinforcing prejudice goes - in terms of  social psychology - it is invaluable. Confirmation bias is “a tendency to search for or interpret information in a way that confirms one's preconceptions”.

Passing another unenforceable law is not the answer. It is the same old argument that says making a “thought” illegal is fascistic and  counter-productive. It will drive it under the radar and all that. I believe this is correct; it is and it will.

What’s the answer? A concerted effort to recalibrate public perception of Jews and Israel is probably the only way. But first the BBC would need to be persuaded, not only  to take the lead, but to believe they were doing the right thing.
Not more Holocaust documentaries, but a complete rethink. The BBC needs to acquaint itself, and then its audience, with the antisemitic rhetoric that is pouring out of the Arab world. Prejudice gets reinforced by negative stereotypes and lack of exposure to positive ones. The BBC needs to begin normalising its relationship, and the public’s, with Israel. Even some Egyptians are beginning to realise that this is a mutually beneficial plan. The BBC must stop infantilising the Palestinians and glorifying their unique brand of self-perpetuating grievance-mongering and victimhood. The BBC must learn to value western civilisation, and reestablish it, rock and all, in their own eyes, and in the eyes of the public.

That I doubt even Mr. Tony Blair possesses the wit and wiles to do.
Posted by sue at 11:03