The BBC at War 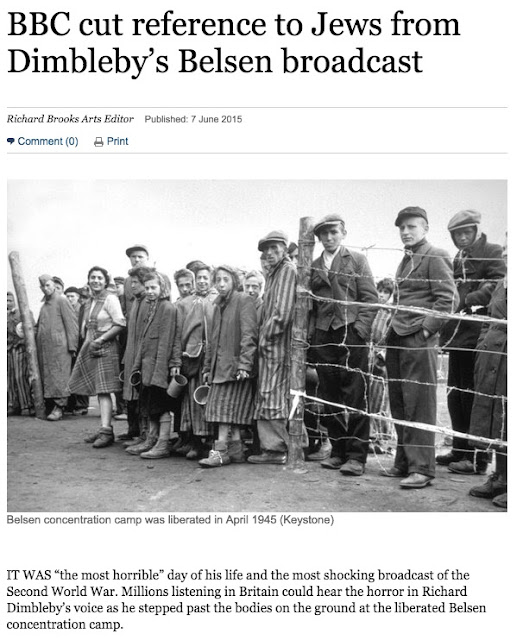 I’m going to have to mention this.  It’s in the Sunday Times, but there’s enough visible copy before you hit the paywall to glean that not only did the BBC initially oppose airing Richard Dimbleby’s original report about the liberation of Belsen, but they cut the report short, and for some unimaginable reason saw fit to erase any mention of the fact that most of the victims were Jews.