John Simpson: "We let our viewers and listeners down"

Here's a post from early this morning, 'bumped up' to the top of the blog as it's a particularly striking example of BBC thinking: 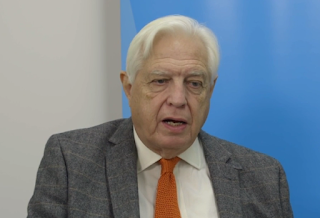 And here's yet another senior BBC figure calling for the BBC to behave differently during electoral campaigns such as the EU referendum vote...

So says the BBC's world editor, sounding for all the world like an embittered Remain campaigner.


Update: You may have heard it here first (or nearly first), but now the Express is onto it.
Posted by Craig at 19:33