Is the BBC anti-science? It's a point that keeps coming up: Does the BBC have an anti-science bias?

The question isn't usually meant in the sense of 'Does the BBC dislike science?'; no, it's more a question of whether the BBC has a preference for the humanities and whether it undervalues science.

An earlier post tackled the question of why BBC One's Question Time features so few scientists (a mere two in over three years), but Professor Lisa Jardine has recently raised a more general point. She claims the BBC is, as the Telegraph puts it, "dumbing down science programmes because it is staffed with humanities graduates who are ignorant about the subject".

Her essential point is that BBC producers - most of whom are trained in the humanities - assume that we, the public, know as little about science as they do. Hence, science presenters are "told to avoid using any technical terms for fear of alienating people, while arts presenters can reference relatively obscure cultural figures without any further explanation".

She concedes that Radio 4 is now introducing more scientific content, but says that its science department is still dwarfed by the arts unit.

(I have to say that my impression is that Radio 4 has rather less scientific content now that it had during the four-year controllership (if there's such a word) of James Boyle in the late 1990s.)

This passage from the Telegraph article (quoting Lisa Jardine) rather tickled me - especially for the Telegraph's helpful parentheses, which seem to assume that its readers don't know much about anything!:

"Anyone who has done broadcasting on science for the BBC will know that whereas you are never asked to explain who (actor) John Carlisle is, if I say 'mitochondria' (energy-producing components of cells), they say, 'Can't you say it in ordinary language because people won't understand'.

"They always say, 'Because my mother won't understand'. Many mothers now have PhDs, so let's leave out the mothers. In the rising age groups, 45 per cent of that cohort went to University for goodness' sake."

(That said, though I knew about mitochondria, I will confess that I'd hadn't a clue who John Carlisle was.) 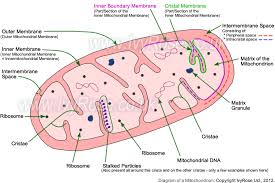 Now, though the Telegraph article quotes a BBC spokesman saying that's everything's fine and that BBC is getting it about right, I do think there's a lot going for what Lisa Jardine is saying.

I've got my Radio Times for next week, and there's not much science on either BBC One or BBC Two - though there's more than there usually is.

There's a new landmark history of British science starting next Wednesday, but guess who's presented it? With the inevitability of the Second Law of Thermodynamics, it just has to be Professor Brian Cox.

Yes, he's an enthusiastic, knowledgeable man - and, wow!, coincidentally, used to be a pop singer and goes down well with the ladies because of his youthful good looks - but does the BBC have an ulterior motive for using him on so many of its high-profile science documentaries? Something to do with its ratings, perhaps?

Still, that other trusty and time-honoured ratings-grabber Sir David Attenborough also has a new series starting next week on the evolution of vertebrates, which sounds splendid. Typically, the blurb promises "stunning CGI".

Both are on BBC Two rather than BBC One, as BBC One seems to have largely given up on Reithian values of education long ago.

History seems more the BBC's thing, if this coming week's TV schedule is anything to go by (and it is, with four such documentaries), and Radio 4's schedule is stuffed to the gills with humanities-based material over the coming week, but offers very little science - though, ironically, Lisa Jardine's Seven Ages of Science is one of the exceptions.

Curiously, if you think about it though, both Prof Jardine's Seven Ages of Science and Brian Cox's Science Britannica are history programmes too. They come under the category of 'The History of Science'.

While I'm on (and am I ever off at the moment, lord 'elp me?), another gripe of mine about the BBC and science arises from John Humphrys and his larky, 'ooh,-look-at-me,-I-don't-know-much-about-science-so-I'll-affect-an-ironic-tone-whenever-a-scientist-comes-onto-Today-and-everybody-will-love-me-for-it' attitude. Give it a rest please, John.

The other Today presenters aren't as bad, but they usually sound as if they want to say 'Gee Whiz!' after every science story.

So what do you make of the BBC's science coverage? Has Horizon got worse?

I'm not sure about the last question because I stopped watching it some years ago. In the '90s, it was passing tolerable, though it went through a phase when most episodes seemed to climax in something apocalyptic (the end of humanity, the end of the universe) - so much so that I used to laugh when the inevitable 'We all doomed, doomed I tells yer!' passage came up [and it usually came up again and again in each episode] - but then it started getting silly and I gave up on it. Has it improved again?

(I did watch one recently about cats, as I tend to watch things about cats. I enjoyed it - as it was about cats - but I saw lots of online comments slagging it off for dumbing down as well).

So what do you, our well-informed readership, make of this question? Is the BBC clueless about science?
Posted by Craig at 17:38