"Are westerners who go to fight for Islamic State victims or criminals?" 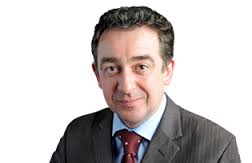 Are westerners who go to fight for Islamic State victims or criminals? @BBCDomC discusses", says the BBC.

Well, when you've got over the fact that the BBC thinks this is a worthwhile question to ask (unlike lots of people in the UK who don't) and actually proceed to read Dominic Casciani's blogpost, IS recruits: Victims or criminals?, you'll find that there's actually very little 'discussion' in the piece at all.

The article essentially pursues a single line of argument - i.e. that the present tactics being employed by the authorities are not helping the situation and that treating those who go to fight for Islamic State simply as criminals is a mistake.

Both of his 'expert voices' - Leeds-based imam Qari Asim and Daniel Koehler of the German Institute on Radicalization and De-radicalization Studies - seem to share the belief that these people can be considered as both "criminals" and "victims". ("They are victims to the extent that they have been brainwashed and manipulated", says Qari Asim, and Dominic Casciani twice ascribes the word "grooming" to Daniel Koehler to describe what happened to the likes of Tahla Asmal).

They both argue that we should go beyond criminalising these people and offer them a way out.

Where, however, in this so-called 'discussion' is the point-of-view which says that westerners who go to fight for Islamic state are nothing more than criminals and terrorists and should never be thought of as "victims"? Where's the side of the argument that wants the authorities' responses "hardened" even further?

Nowhere to be found.

Moreover, Dominic Casciani's article ends by 'discussing' the "controversial" new legal duty that public bodies, including schools and universities, will soon find themselves obliged to carry out - i.e. looking out for "the warning signs". Does Dominic 'discuss' this new legal duty? No, he simply hand over to the imam from Leeds and then brings his piece to a close:

"We need to hear them out so that we know what they are thinking and show them the different side of the coin," he says.

"If you don't do that, you are leaving them at the mercy of those perpetrators."

An impartial piece of BBC reporting or merely just another opinion piece projecting a familiar BBC angle?
Posted by Craig at 20:21