A cold wind from Sweden 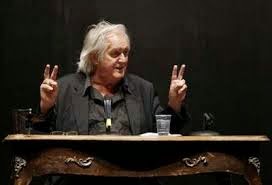 In a dreary voice, Mr Mankell told us that Europe is built on immigration and that Europe must embrace and learn from all cultures, especially Arab and Muslim cultures. He said that anti-Muslim feeling is a growing problem, that European Muslims are feeling a cold wind on their faces and that they do not deserve to be on the receiving end of such feelings.

Having initially only mentioned the attacks on Charlie Hebdo and on the police and failed to mention the attack on the Jewish supermarket, I thought that Henning Mankell was going to ignore anti-Semitism completely, but he didn't. He briefly mentioned it, but only to describe it as equivalent to 'Islamophobia' and to airbrush away Muslim and left-wing anti-Semitism in Western Europe. His clear implication was that anti-Semitism is solely a white, right-wing phenomenon:

Anti-Semitism has never completely disappeared from Europe. It must be obvious to everyone that anti-Semitism and Islamphobia are two sides of the same coin. The argument from those you meet in Europe who claim the saviours of the European identity are mostly identical, whether they talk about Jews or Muslims. They are foreign. Their cultures have nothing to do with what is the pure European identity. Which is obviously not true.

It's important to remember that, like the other letters in the series, this piece was specially-commissioned by the BBC Radio 4 as a response to the terrorist attacks in Paris and the anti-Islamisation protests in Germany. Thus, it tells us what BBC Radio 4 appears to consider the appropriate sort (and range) of responses.

That range appears to be very limited. Except for one portion of yesterday's talk, which completely contradicted Mankell's "obvious" equivalence point, the 'letters' have been quite remorseless in pushing pro-immigration, pro-Islam, and anti-'Islamophobia' angles.

This is just what we'd expect from the biased BBC, and the biased BBC hasn't surprised us here - except, perhaps, by how openly they've exposed their own biases.

The final piece, from Lydie Salvayre, will be on at 13.45 today. It doesn't look as if it will contain any surprises either and will doubtless reinforce the same basic message: Europe shouldn't fear Islamisation but should instead embrace Islam and mass immigration. 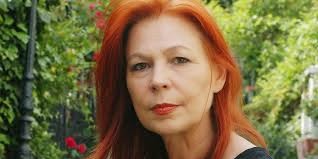 And some hot air from Spain...

Update: 2.00pm We have seen. Lydie Salvayre's piece, closing the series, was entirely in keeping with this morning's 'letter' and most of the rest of the series.

Promising not be be 'high-flown', she outlined in high-flown language a variety of points.

The main focus of her piece was in wondering why "men" behave like the Paris attackers. She talked off the terrible state of the suburbs and the "stigmatisation" they faced as a community. She said they preferred death to life in the suburbs. She wondered about the kinds of "forsaken childhood", "loneliness", etc, they may have suffered. She blamed Western politicians for their actions around the world, and for sweeping the suburbs "under the carpet". She blamed us [more 'we-are-all-to-blamery' from this series]. She denounced our "double standards" over free speech. She bemoaned the fact that the world is "one vast corporate market place".

Then she began talking about "faith", "religion" and "fanaticism". Strangely, there was no mention of the words "Islam" or "Muslim". She studiously avoided them. She was far less coy about naming and shaming "Catholics" for supporting the "Francoist crimes" of the Spanish Civil War [and only the crimes of one side in that war seemed to bother her]. She described their "refusal of knowledge", their "madness", their "passion for ignorance". Her suggested explanation for all such behaviour is that "men" are "incapable of freedom".

She ended by saying that we should "not answer hate by hate" and by deploring "today's commentators" who say we don't want "the other". She herself doesn't want a culture of "sameness". Being half-Spanish, half-French, she's happy swimming "between two shores", between the two cultures, and recommends that we all try to do the same.
Posted by Craig at 11:41