22-year old Omar El-Hussein was named over an hour ago (in the Danish media) as the gunman believed to be responsible for the attacks on free speech campaigners and Jews in Copenhagen. 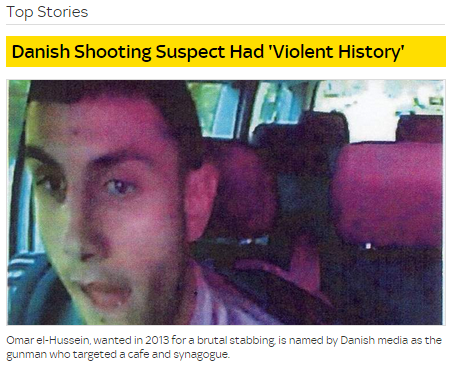 ...and they still haven't updated their main article to name El-Hussein.

The BBC website isn't the place to go for 'breaking news'.


Update 20:30 On a similar theme, the latest revolting news from Libya - a gruesome massacre of captive Egyptian Copts - is already leading the Sky News website: 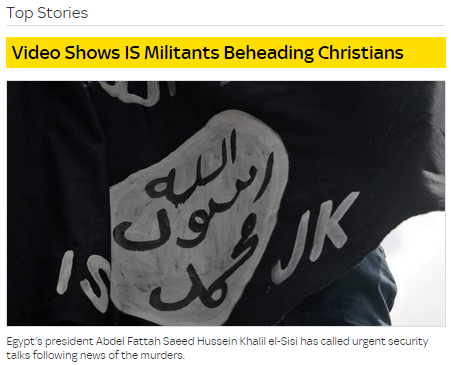 This time the BBC website is reporting it as quickly. It's not giving it the same prominence though: 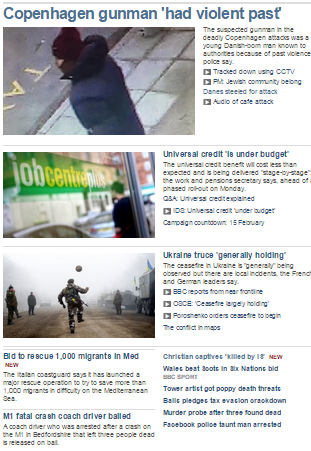 Update 21:50 The BBC isn't advancing this story out of the small print. Sky News is still leading with it. ITV News has it as its third story.

Update 22:10 And here's where things get really baffling.

Over three hours on and still the BBC's main article about the killings in Copenhagen has not been updated. It still reads, "The man's name has not been released".

Sky News, in contrast, not only reported his name three hours ago, they also updated their article an hour and a half ago to give their readers a potted biography of the killer. The ITV News website named him over an hour ago.

It's especially odd as I put the BBC News Channel on two hours ago and saw the name scrolling across the bottom of the screen.