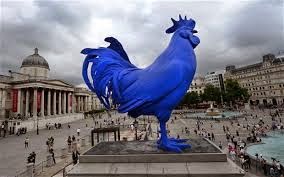 Was it Confucius, the Lord Buddha or from Norwich, it's the bishop of the week, Swashbucklingly Reverend Lord Bishop Graham James (of 'Thought for the Day' fame) who first said 'Slow down, stop and think'?

Whoever it was, I treated myself to an international bestseller a couple of years ago by a Nobel Prize for Economics winner, Daniel Kahneman, called 'Thinking, Fast and Slow'. I've taken the 'Thinking Slow' path with it, having only read the first couple of pages of its introduction, but, being an optimist, I hope to finish it before I die.

Blogging, however, is typically fast-moving - so fast-moving as to seem ephemeral at times.

One of the most interesting sites on the blogosphere, Harry's Place, builds in ephemeracy (is there such a word?) by making all of its comments vanish into a black hole after a week. (I nearly did that by accident while changing hosting system a few week's ago). And Harry's Place receives hordes of insightful comments every day which deserve to be preserved forever.

Sometimes, however, a blogger should stand back and think slowly.

Of course, in so doing, that blogger might find that, on reflection, that his head is merely occupied by a monkey lazily scratching itself (just like Homer Simpson's).

For example, listening to this morning's Today, what stood out for me was Hugh Grant, invited on to talk about RIPA (and hacking), calling Tom Newton-Dunn of The Sun 'Tom Newton' and then getting into a right old pickle, thanks to ol' Justin Webb, over The Sun's role in something hacking related. It was a complete car-crash interview from which Hugh was only rescued by Humph, who got him to stay on to talk about fan mail and then laughed uproariously at one of his humorous anecdotes.

And then there was a Front Row discussion (in place of Start the Week) debating whether the arts should be publicly financed or not, full of the usual metropolitan suspects (despite being from Hull) - including the infinitely pretentious Ekow Eshun and some BBC types. It also included a couple of lamb-to-the-slaughter dissenters - a contrarian Spiked writer and Philip Booth from the IEA (naturally repeatedly labelled "free market" by the presenter - the only such political label used in the programme).

What stood out was the IEA guy, Philip Booth, causing general hilarity by his (genuinely hilarious) cock-up over the gigantic cock on the fourth plinth in Trafalgar Square.

He tried to go on to talk about a pornographic piece of religious blasphemy at a museum whose name he couldn't quite remember (which didn't help either), but the audience's hilarity and the presenter's desire to bring him up short put a very quick stop to that.

In the end Philip, with good humour, said this episode would probably go down in history...

....which is a shame as Philip was talking a good deal of sense otherwise.

Now, you see, that's what happens when I slow down, stop and think. My brain cheerfully scratches itself.
Posted by Craig at 21:06