A number of blogs have mentioned this letter to the Guardian. For some unknown reason about 700 ‘artists’ have decided to remind everyone that they’re never going to perform in Israel in the unlikely event that they’ll be invited to do so.

Who cares? I had a dotty aunt who used to go round muttering “Here I am” even though no-one particularly wanted to know. It was quite amusing in a way.

Many of these signatories are not very well-known (to say the least).  The list contains few surprises. Well, about two. I thought Prunella Scales and Timothy West would have had more sense.
The usual anti-Israel / hard left socialist names were all present and correct, again with about two exceptions. Emma Thompson must have forgotten to sign, and I don’t think I spotted Annie Lennox. (I must go and have another look.)

Actors, artists, performers, architects and so on, they all think “Israel”, above all other causes, merits their disapproval. They think Israel (and the world) needs to know that “They hate it.”

The most interesting discussion I’ve come across is, as usual, here, on Harry’s Place - but disappointingly many of the regulars seem not to have heard of many of the names on the list that I have.
There’s a link to the complete list on a website called Artists for Palestine UK.

“If they like it so much why don’t they go and live there” as the saying goes.

However, apart from one or two actors and writers whom I regret having to have to dislike, (Maxine Peake) there is one name that I’m quite pleased to see. Peter Kosminsky. Remember him?

He made a four part Channel 4 series called “the Promise” mainly about a young girl’s adventures in Israel, with a ‘past and present’ dual narrative.  Kosminsky claimed he had done meticulous research on location, soaking up the atmosphere and gaining unique insight into the historical and political situation, then and now.  Allegedly the film set out to explore the conflict through drama in a fair and impartial manner.

What (as they say) could possibly go wrong? Well, anyone who saw it knows the message that was eventually beamed over the airwaves. 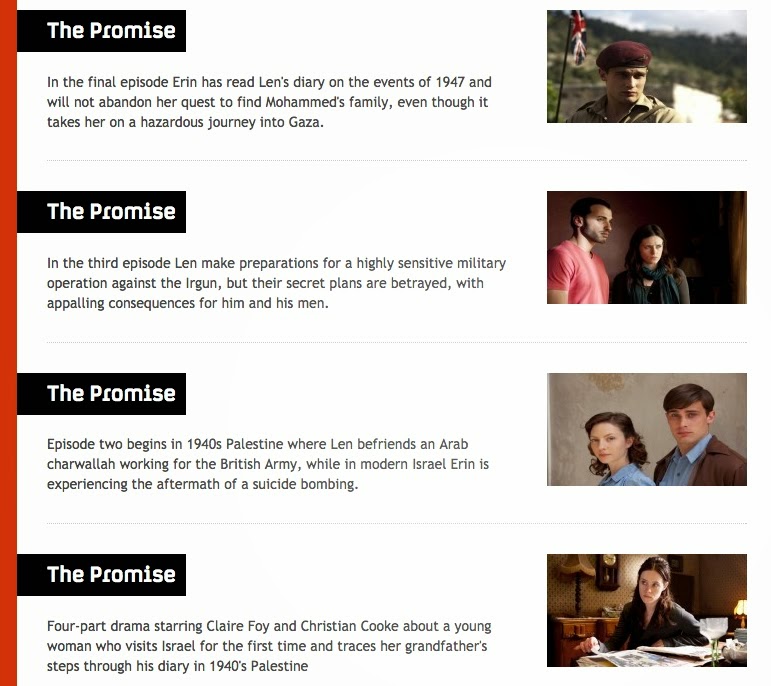 The most offensive part of the show’s extensive pre and post-broadcast promotional campaign was a Channel four Q & A , where Kosminsky himself came into some studio to live-blog inaccurate answers to questions put by bedazzled viewers. Everyone who expressed an interest in the conflict was guided in pro-Palestinian direction, and were naively grateful for the misinformation.

Although Kosminsky’s fraudulent claims of impartiality were subsequently exposed through his participation in ‘Palestine Solidarity’ events, these circuses are more or less a minority interest. Now that Kosminsky has publicly signed ‘The Letter’ he is now out and proud. I only hope those taken in by him will have the good sense to see it.