Drivel of the Day Watch 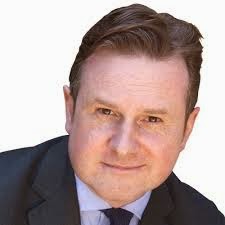 Iain Martin, editor of a fine new website called CAPX (better known, so far, as a Telegraph writer), has launched a campaign to get rid of 'Thought for the Day', describing it as "the home [for] bad ideas".

His campaign began last week with a piece called Scrap the BBC’s Thought For The Day now, which begins:

Apologies if you are reading this abroad or if Thought For The Day on BBC Radio 4 means nothing to you. You’re lucky and I’m jealous because I wish I had never heard of Thought For The Day either. But as I live in the UK, and because I’m a fan of Radio 4, which is Britain’s premier radio station targeted at the middle classes, I’m usually tuned in by the time it comes on at 7.50am each morning.

The idea is supposed to be simple. At one point in the middle of the popular Today programme someone religious is given a few minutes to burble on, in theory providing us with a thought-provoking spiritual break from the BBC’s economics editor explaining the latest on what has gone wrong with the economy or political editor Nick Robinson telling us what has gone wrong with one or other of the main political parties. Thought For The Day is supposed to give the listeners a few moments to think about the big questions: Who are We? Why Are We Here? Do I need another slice of toast?

However, the worry is that too many of those chosen to present the religious slot now smuggle in standard issue lazy left-leaning anti-market nonsense under the banner of religion.

This morning represented a new low point even by the low standards of Thought For The Day. A trendy vicar called Giles Fraser (a Thought For The Day regular who preaches every week at The Guardian) turned his attention to Syriza and Greece’s debts.

His message was that debt is slavery. Greece should be forgiven the debts its useless governments ran up. Free Greece. It says so in the Bible, well almost.

Today he's returned to the same theme and highlighted the contribution of the one TFTD regular who makes even Giles Fraser seem sensible - John Bell. This is how his a piece, entitled BBC Thought for the Day backs talks with IS and Boko Haram, begins:

Last week I took BBC Radio 4’s Thought for the Day slot on the Today programme to task for its reliance on anti-market and West-hating preachers. As a fan for decades of Today, I’ve grown used to spitting out my cornflakes several times a week at the kitchen table when complete drivel is parroted by one of the religious figures invited to address the British nation at 7.50am each morning.

Today I launch Thought for the Day Watch, a campaign designed to restore some political balance to the religious slot on Radio 4. (I am not religious; I simply don’t want my breakfast ruined.) 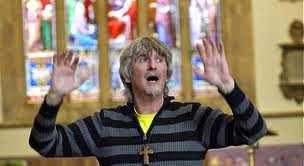 Bell turned his attention to the question of forgiveness and managed to sound like that Billy Connolly spoof Church of Scotland minister who attempts to draw parallels between the scriptures and his attendance, with his son Nigel, at a football match. (“Daddy, did Jesus play for Tottenham Hotspur? And you know… in a funny way he did.”)

This morning, once Bell had burbled his way through an account of the end of apartheid in South Africa, he moved onto contemporary affairs and Islamist terrorism. Uh-oh…

Here is what he said about Islamic State, the Taliban and their compatriots Boko Haram in West Africa:

“I sometimes wonder when, as this weekend, we hear of the appalling atrocities of Boko Haram, or the Taliban, or Islamic State, are all these people terminally committed to perpetuating bloodshed and evil? For right now though we can’t imagine listening to their opinions, should their violence cease, might it be that in some distant future we discover that some of them have stories and perspectives to share which we might wish we had listened to earlier?”

Iain Martin is, understandably, somewhat gobsmacked by that. His piece ends:

The Boko Haram “story” recently involved the slaughter of as many as 2,000 men, women and children in a number of villages. The Taliban’s “perspective” involves the slaughter of children in schools because it cannot accept the idea of education, science or girls in schools. Islamic State behaves like the Nazi Einsatzgruppen, the death squads that rampaged across Poland and Russia.

Yet John Bell says that their members have stories and perspectives worth listening to and he keeps getting invited onto Thought for the Day. Thus Bell finds himself featured, regularly, on the UK’s leading current affairs radio show wittering on to an audience of millions about momentous events as though he is a great sage. Why?

[At least Stephen Sizer isn't a regular. Thank the Controller of Radio 4 for small mercies!]
Posted by Craig at 21:44