Steve Richards on the BBC 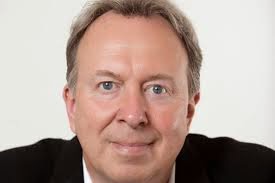 In the light of today's parliamentary report into the BBC...

Steve Richards - the left-leaning former BBC political correspondent who went on to become the chief political columnist for the Independent - has written a thought-provoking piece for the Guardian about the BBC.

Yes, I can guess what some might be thinking ("Steve Richards...the Independent...the BBC...the Guardian. No thanks"), but - as ever - reading a considered argument which goes against your own point of view can only be a good thing, so please give it a read.

Steve clearly still carries a torch for his former employer (which still employs him from time to time), though he's got some reservations - plus some high ambitions for the corporation:

There is no need for newspapers to explain what is happening if they do not wish to do so. The BBC is in an altogether different position. It cannot make waves by picking a side to cheer for. But in the election and well beyond, the BBC could have a distinct role. It could seek to explain, make sense of what is going on and proclaim this as its overwhelming task.

How does he get to that point? Well, recalling former DG John Birt, he has this to say about charges of BBC bias:

What [Birt] captured particularly well was the wilful misreading of “bias” by the BBC’s critics. There is no conscious partisan bias at the BBC. If journalists want to exert influence to the left or right they do not join the BBC, which is much closer to the civil service in its determined non-partisan approach.

When I was at the BBC I had no idea how my colleagues were planning to vote. I discuss little else these days with my fellow columnists. But of course the huge constraints can be frustrating for BBC journalists. They read the newspapers and the Twitter debates and want to be part of the action. As a result there tends to be a bias in favour of the latest political fashions as long as they cannot be defined as “left” or “right”.

For Steve Richards what bias there at the BBC is manifests itself in following "the media fashion". The newspapers set the ball rolling, and the BBC follows.

The historical example he cites (from the time when he was reporting for the BBC, in the early 1990s, was the way the BBC joined in the fashion for presenting John Major as being "hopelessly weak". The Labour-supporting columnist now thinks the latest fashion is to portray Ed Miliband as "useless", and that the BBC is, again, following the newspapers.

What the BBC isn't doing, and should be doing (according to Steve Richards), is going beyond what the rest of the media are doing and explaining.

Instead of going along with the fashionable "cartoon" of John Major as a weakling or of Ed Miliband as goofy - or of Jack Straw and Sir Malcolm Rifkind as "cartoon characters" ("one moment senior respected ministers and the next a couple of greedy villains") - the BBC should be explaining why John Major's position was difficult (in economic and parliamentary terms), or why Ed Miliband's position is difficult (the legacy of the Blair-Brown feud), or what the Jack/Sir Malcolm story tells us about what we expect from our elected representatives. These are things Steve Richards thinks the BBC tends not to do as much as it should.

What he feels the BBC needs is "some bias in favour of understanding":

More ambitious peak-time current affairs, longer sequences in some bulletins for a single issue, discussions that are allowed to breathe.

This Birtian "appetite to explain and analyse" is, he argues, rather lacking at the moment:

Instead, TV reported one damned event after another, as one historian wrongly described the writing of history. No connections were made or context explored; pictures drove the story, the so-called human interest story topped others, the vox pop was hailed as giving space to real people and panels of public figures or pundits were put together to provoke wholly predictable clashes.

There's a lot to unpack there, isn't there? But how to unpack it?

Take the dodgy ad hom route that a pro-Labour, ex-BBC man would say that, wouldn't he? Or that Steve Richards has long been the lickspittle of the political establishment, its most doughty media defender (even during the Expenses Scandal)? Or that Labour supporters tend to think that - despite the odd grumble about how, say, the BBC reports Ed Miliband?

Or make the 'populist' point that the popular fashions in the media - that John Major was weak, Ed Miliband is useless, and Jack and Sir Malcolm a pair of less than entirely honourable gentlemen - might, perhaps, have a strong basis in reality? And that a publicly-funded broadcaster attempting to explain - or, as many might see it, explain away - such things might not prove very convincing?

No, maybe it's better to  argue that, though some of the BBC's critics do advance the "conspiratorial" point that there is conscious, partisan bias at the BBC (though it's always been very hard to prove that, except in certain isolated cases), there remains an alternative, more easily demonstrable kind of bias: bias by groupthink, borne of like-minded people working together.

This is the kind of bias described by those many BBC presenters/reporters, past and present, who've admitted the BBC is basically stocked with liberal-minded types, by the BBC senior managers who've 'fessed up to the BBC's biased past (especially on subject like immigration), by that BBC internal survey which showed a massive self-declared bias towards a 'liberal' rather than a 'conservative' way of looking at things), etc.

In party political terms, where (pace Steve Richards) the BBC might very well be consciously aiming at not being partisan, that's the kind of bias that might be measured by 'unconscious' things like how often, on average, BBC interviewers interrupt politicians of a particular party. If (on average) they interrupt politicians of certain parties much more than others then a bias (borne of groupthink) may very well be discerned (as it was in 2009-10).

Anyhow, those who tend to blog about BBC bias, or comment on blogs about BBC bias, plus the vast hordes of people who comment below the line at the Spectator, Telegraph, Times, Daily Mail, Breitbart and, these days, even at the Independent and Guardian (and, if they can get away with it, on the BBC website), probably won't be persuaded by Steve Richards.

And they are even less likely to warm to his idea that the BBC should take on the role of the nation's 'explainer' of politics - given that that very role is one such people think the BBC already occupies, to the detriment of the nation.

I can see some truth in what he says about how the BBC follows the media - and not just the Guardian. In terms of investigative reporting, it's definitely more a 'follower' than a 'leader'. And it rarely breaks major stories. The few it does break seem to be handed to it by interest groups (charities, lobby groups, campaigners, think tanks, etc).

And I can see a good deal of truth in his charge that the BBC has become more concerned with "one damned event after another" these days, plus his charges about them having pictures drive stories, having human interest story top others, and endlessly using pointless vox pop, and gathering together panels of public figures or pundits were who put together to provoke wholly predictable clashes.

But the BBC is still - despite what Steve says - fully capable of 'explaining' a story, of making 'connections' and 'exploring context', as this week's staggeringly biased BBC reporting of that Today survey into British Muslim opinion shows.

The BBC tried so hard to present it as showing an overwhelmingly positive overview of Muslim opinion. Other media outlets, like the Times, spun the same story negatively. And several left-leaning commentators, from Dan Hodges to David Aaronovitch, sided with the Times.

Conscious, semi-conscious, or unconscious, the bias over the BBC's reporting of this story was - to my mind - clear. An angle was being advanced with considerable vigour - and a deeply contested one at that. And if that's Steve Richard's idea of Birtian 'explaining' then please count me out.

Dan Hodges - Over a quarter of British Muslims have sympathy for the Charlie Hebdo terrorists. That is far too many

Stephen Glover - Their survey of British Muslims delighted the BBC: In fact, it contains some profoundly chilling findings

David Aaronovitch - These Muslim delusions are a danger to us all