Other links you might care to read this morning (if you haven't already done so) include:

What I learnt from my BBC Question Time experience
by Steven Woolfe, UKIP MEP

On Thursday night I was due to fill in for Suzanne Evans on BBC Question Time as she was unfortunately taken ill and could not attend.

Let us put some emphasis that word, ‘due’, as on the morning of the programme my appearance was cancelled as it turns out at that I am not in fact a woman.

My perception of the BBC has been affected in two ways as a result of this incident. First, it seems fairly incompetent of the BBC to have not known that a person named ‘Steven’ is a bloke, and therefore if they wanted a woman why book me in the first place. Second, focusing on a guest’s gender and not on what they actually might have to say is a retrograde step for the BBC’s public service remit.

Yes but, it's a very BBC thing to do, Steven, and didn't surprise me in the least. They've just gotta have their diverse panels or the world as we know it would end.

Also, courtesy of the Mail on Sunday, comes this: 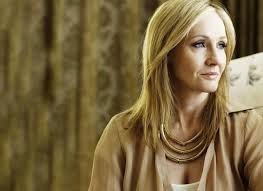 The MOS article cites three examples of how the BBC has "ramped up" the left-wing issues in JK's book:

SCENE 1
The BBC: In the opening scenes, Councillor Howard Mollison, played by Sir Michael Gambon, and his social-climbing wife Shirley (Julia McKenzie) discuss plans for a luxury hotel and spa development. A gleeful Shirley tells her husband: ‘It’s beautiful. You feel better just looking at it. You can’t let Barry Fairbrother and his tribe of do-gooders stand in the way of progress. They’ll have to accept that Sweetlove House has had its day.’
In the novel: The plan for a luxury hotel and spa does not appear at all.

SCENE 2
The BBC: Opposing the plans, Councillor Fairbrother says: ‘That is social engineering. That’s apartheid. Herding people into ghettos because they don’t fit the aesthetic. There is a name for that, isn’t there. Bill, you stormed the Normandy beaches didn’t you, fighting fascism... That house helps people to live. The parish council is not here to make a quick buck for someone who already has more than enough... Is the legacy still of benefit? Yes. It has never been so important.’
In the novel: Councillor Fairbrother dies on page two having hardly uttered a word.

SCENE 3
The BBC: When progressive councillor Parminder Jawanda tells her colleagues that drug addicts will have to travel to nearby Yarvil to get help, a rival tells her: ‘They would crawl on their knees over broken glass if there were drugs to be had.’
In the novel: She uses far milder language, saying addicts should have their benefits cut.

Some of that dialogue could come straight out of a parody of a typical clunking, agitprop BBC Radio 4 afternoon drama. My favourite line is "You can’t let Barry Fairbrother and his tribe of do-gooders stand in the way of progress." Tee hee!
Posted by Craig at 07:46