I think I mentioned somewhere that the Telegraph recently featured a series of photographs on its ‘picture gallery’ of a Hamas youth training school. It’s tone seemed rather admiring, as though it was showing some sort of wholesome British Army Cadets’ summer camp. 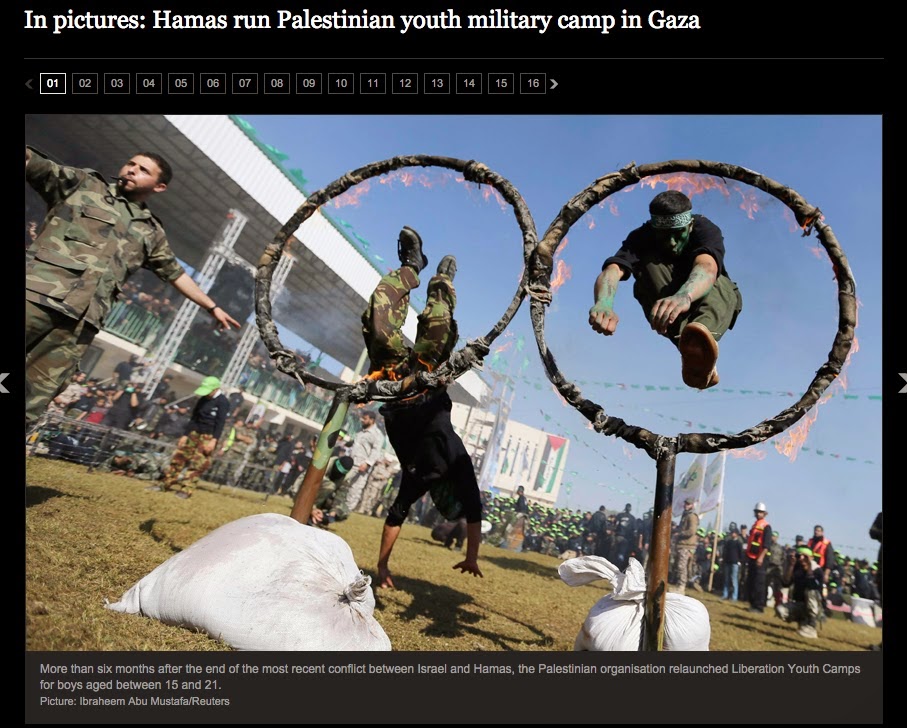 I just thought I’d mention it in the light of this.

For the past several months, Hamas leaders have been complaining that they do not have enough money to rebuild the Gaza Strip in the aftermath of the last war with Israel.However, it appears that Hamas does have enough funds to train, arm and indoctrinate thousands of young Palestinian men and boys.While thousands of Palestinian families who lost their houses during the war continue to live in public shelters throughout the Gaza Strip, Hamas recently established 18 camps for military training.The Hamas military training camps, under the motto "Vanguards of Liberation," have attractedsome 17,000 Palestinian males aged 15-21. The young recruits were trained how to use various types of weapons, including pistols, rifles and mortars. They were also "educated" about the need to eliminate Israel and "restore Palestinian rights."

Is the Telegraph part of the media's attempt to rehabilitate Hamas, and to  get it officially undesignated as a terrorist organisation?