The BBC has receive a tsunami of complaints (which they’ve rejected) about Tim Willcox from people like me. But not me, and I’ll tell you why not.
I think calling for him to resign or be sacked is ‘playing the man not the ball’, and worse, it’s playing into the hands of critics of Israel who dismiss people like me who try to defend the Jewish state by calling us “Israel Firsters” who bleat “Israel right or wrong” at every opportunity.

Well I don’t consider myself to be one, in fact I think the whole concept is simply sloganeering and meaningless.

However this is what I think is happening. Recent events (dear boy) have caused a slight sea change.

ISIS, Paris and Copenhagen, stirrings in Sweden and Norway, Belgium, etc etc.,  the 'Trojan Horse',  grooming gangs and all manner of Islam related trouble and strife have caused a shift in attitude at the BBC and in society in general. People have moved slightly, from the extreme 100% anti Israel position to the slightly more middle ground ‘a plague on both their houses.’ 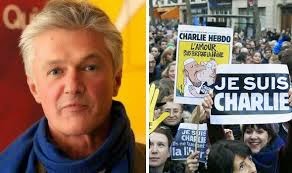 We’re not quite there yet, but I believe that Tim Willcox and the BBC were only being what they think is ‘even handed’.
It’s the result of ignorance, lack of curiosity, and willingness to be seduced by huge doses of Palestinian propaganda.
The ball we should be playing is ‘the truth’, i.e., an honest understanding what lies at the heart of the Middle East conflict. They don’t understand ‘Islam’ and they can only assume that Islam-related hatred of Israel and attacks on Jews are because Jews and/or Israel have provoked it. At the same time, they are strangely blind to the deliberate provocation that travels in the opposite direction.   See here (H/T BBC Watch)

While the BBC continues to listen to, admire and give tacit approval to the likes of Abdel Bari Atwan and  other blatant antisemites who propagandise against Israel for a living, then as far as I’m concerned Tim Willcox at least can stay where he is.

One day he and his ilk will surely come around. Perhaps when they’re on the receiving end of some of it.
All Willcox needs is a bit of a kick up the arse and I think the level of complaints has probably done that. Of course it could just harden his distrust of Jews as a whole; getting him fired would certainly do so.

Update: Much more about this on BBC Watch.

Hadar’s points are valid and I agree with her analysis, but I still think the deeper problem is the one that must be prioritised.