Everyone has forgotten us?

I knew I’d have to write about Lyse Doucet’s report from Gaza because it appeared on BBC News 24 almost as frequently as the findings of the poll that discovered how wonderfully pro Britain the Muslims are these days.
Specially those from Bradford, even the ones who were obviously character actors and comedians. (You can always tell) 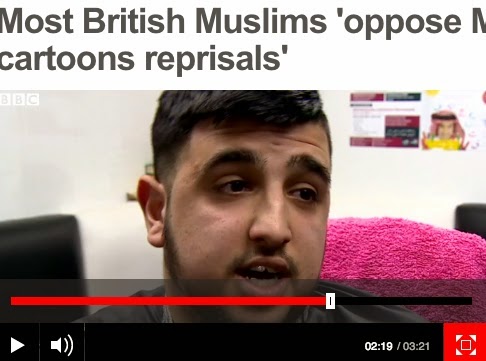 Anyway onto something completely more serious.

BBC Watch has written a detailed analysis of Lyse Doucet’s audio report, which was aired on the BBC World service.

First of all, we might wonder why we particularly need blanket coverage of this update, when all the surrounding countries are either imploding or exploding, or are about to.

Next, Lyse seemed oddly uninterested in what has happened to the money that was pledged, which (to date) hasn’t been forthcoming. Perhaps it was more convenient to let the viewer think it was something to do with the blockade.

Why did Lyse make so little of the fact that one of the victims was distinctly saying that they blamed the Arab counrties before they blamed ‘Israel and the occupation’ (and incidentally failed to point out that Gaza is not under occupation) when it appears that the delays are due to the complex internal squabbling between Hamas, the PA, the Arab League and UNRWA.

It is glaringly obvious, from Lyse’s tone of voice that she sees this devastation as the aftermath of a massacre,  and that she has no interest in the fact that the neighborhood she’s revisiting, Shuja’iya, was ’a Hamas fortress’ . There was a very good reason for targeting it, which is not to say that the civilians were asking for it  (as various people have been suggesting of ‘Jews’ with regard to Israel’s so-called aggression against the Palestinians) According to the IDF

“The IDF warned civilians in Shuja’iya to evacuate the area many days before striking the terror infrastructure within it. Dropping leaflets, making phone calls and sending text messages are just some of the many actions the IDF has been taking to minimize civilian casualties in Gaza.”Hamas knows that Israel is reluctant to attack areas with many civilians. The terrorist organization fights from within the civilian population and uses them as human shields.

BBC Watch will be posting more on this soon.

Gaza resident: ‘Everyone has forgotten us’

Well, not exactly everyone. Every hour or so on BBC News 24 yesterday we saw Lyse stumbling unsteadily over the rubble in a rather fetching outfit.   This series of reports, Tweets and web articles we’re told, was in honour of the six month anniversary of the Hamas  / Israel war.

We heard and saw most of the material outlined in BBC Watch’s critique of the BBC World Service's audio report, with a rather troubling and I suspect gratuitously emotive addition.

Lyse interviews a mother, two small daughters and their grandmother with a terribly sad story.

“ Six months ago their first son, Wadiha (phonetic) was born.  Last month he froze to death”.

Nobody could hear those words without being horrified. The rest of the interview, where the grandmother “Points an accusing finger at all Arab countries, saying they haven’t  helped Gazans.” is all but lost in the pity one feels for the family.
Wahida’s mother has more to say. She’s angry with the government ‘here’, who “sit in chairs, who care only for their own children and forget about ours”

Lyse returns to the issue at hand - rebuilding Gaza - “but nobody’s doing it.”
For more than one reason, she says. “Israeli restrictions, Palestinian infighting, the failure of donors to keep their promises. And why would there be much rebuilding, when everyone fears there’ll be.... another war.”

Someone from UNRWA says “Unless the situation on the ground changes there will be no action for people to take other than the resumption of violence.”

So the inevitability of another war is taken as a given. Then we get to see why. (Not that the BBC would ever admit Hamas’s responsibility for that.)

Almost for the first time on the BBC, we get to see massed, black clad Hamas fighters, faces covered, green headbands tightly tied, weapons shouldered, proudly marching along. When the last war was raging there was nary a one to be seen. The BBC’s coverage of Operation Protective Edge might have made one think that Gaza was a civilian-only area.

“Hamas fighters are ready. They don’t hide it . I’ve seen marches like this on almost every visit in recent months” said Lyse while the marchers marched.

Then Ghazi Hamad, Hamas spokesman bearing a distinctive prayer-related head-dent, had something to say:

“The main reason for all this catastrophe is occupation. Now Gaza has turned to be a ‘bigge’ prison, there’s no exit, no import, no export”

“But there are credible reports that Hamas is again digging tunnels, that Hamas has been test-firing missiles, making preparations for the next war.”

“This is true, that’s right but I think that Hamas is doing all to protect our people here. We don’t want to be surprised with a new war, a new aggression against us.”


Lyse seemed satisfied to disseminate this person’s untrue allegations and his reference to “Israel’s aggression.” I suppose she knows that many viewers will already perceive every escalation of violence between Gaza and Israel as just another of Israel’s devilish periodic incursions into the Gaza Strip, which they launch from time to time simply to massacre women, babies and innocent civilians for fun, just because they can.

There was one more thing worrying me. Why do you think they used, and Lyse parroted, the phrase “Froze to death” ? Could a four or five-month old baby literally freeze to death under the noses of a mother and a grandmother?
I looked it up. I think it’s quite hard to literally freeze. There are cases, mostly involving abandoned  newborn babies.

Yes I know it was cold, and they had no proper shelter. The infant might have suffered from hypothermia or a hypothermia-related condition. But the fact is that two, how shall I put it, well fed women would surely have had the means to keep such a tiny baby from ‘freezing to death’. I mean you need to attend to babies - feed them and so on - and cuddle them.

If indeed the poor thing died from the cold, surely they could have used the term hypothermia. So wasn’t that emotive term “Froze to death” deliberately used to appall us and whip up yet more hatred?
Posted by sue at 14:10