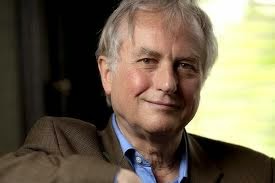 If you missed it, last Tuesday's Newsnight featured an interview by Evan Davis with Richard Dawkins.

Here's a transcription of part of it, which is very revealing about the thinking of both the interviewee and his BBC interviewer:

Evan Davis: But you choose to go onto Twitter. It's not a venue for scientific debate. You choose to go on Twitter. Just to take one example: a tweet in which you drew a very invidious comparison between the number of Nobel prizes won by people from Trinity College, Cambridge and the entire Muslim population of the world. Trinity College, Cambridge comes out on top of that comparison. Now, not disputing the factual basis of it, why make such an invidious comparison? Why raise that? Why raise the issue? What's the point of drawing attention to that?

Richard Dawkins: It is a fact that in the Dark Ages and Middle Ages the Islamic World was a beacon of scientific progress and enlightenment, and something has gone wrong. I had dinner with the then chief rabbi, Jonathan Sacks, a few months ago and learned there the astonishing fact that between 20% and 25% of Nobel prizes have been won by Jews. And I thought that was a stunning fact. It really is, when you think that the total population of Jews in the world is tiny really when compared to any of the other major religions. So I wanted to make this point that Islam has stagnated in the scientific field since the Middle Ages and the best comparison to make would have been with Jews. And then I though, oh no, I can't do that because that will really upset people because of Palestine - and I'm very sympathetic to the plight of the Palestinian people in Israel. So at the last minute I crossed out 'Jews' and stuck in 'Trinity College, Cambridge'.

Evan Davis: But I can think of much more gentlemanly ways of making the intellectual point that Islam has not been a great scientific...

Richard Dawkins: It's just a fact. Whether or not it upsets people is less important to me than the dramatic nature of the fact, which ought to be looked at. Somebody ought to be saying, 'Why?'