An everyday tale of simple people and gay cooks 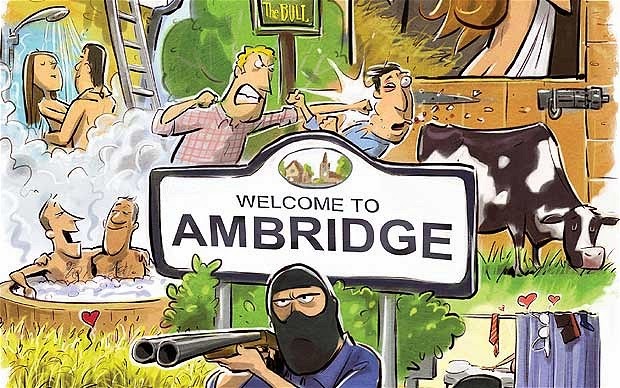 A.N. Wilson, writing in the Sunday Telegraph, thinks Radio 4's The Archers has lost the plot.

Before saying why he thinks it's got so bad, he offers an overview of the programme which explains why it embodies the spirit of BBC Radio 4, right down to its muddy fingertips:

It is known as an everyday tale of country folk. But in the half a century I have been tuning in, The Archers has always portrayed an absurd alternative universe bearing little or no resemblance to the actual English countryside.

Sometimes an editor or script-writer on radio’s longest soap opera gets carried away by political correctness, as when the vicar Alan Franks married Usha Gupta, the Hindu solicitor - possible, yes of course, but so Radio 4. My favourite example of this Radio 4-think happened when every real English village sent demonstrators to London to protest against the hunting ban. Every English village except Ambridge, of course, which sent men on a Gay Pride march.

Alongside this political correctness, there has also always been a self-parodying bucolic, in which figures such as old Tom Forest the gamekeeper, or Walter Gabriel (“me ole pal, me ole budey”) spoke and behaved in a way unknown outside Shakespeare’s Forest of Arden. Current examples are Bert Fry and Jo Grundy, ridiculous Mummerset-speaking rural clowns who would seem unrealistic even in Cold Comfort Farm. They rub shoulders with gay cooks, feminists, demonised venture capitalists and other cardboard cut-outs from the Radio 4 toy cupboard.

And talking of The Archers: