The Today presenters thought it was hilarious. BBC ‘comedians’ used it as material for their cutting edge satire. Charlie Brooker featured it, mocking the very idea.

Someone as racist and deluded as Steven Emerson deserves to be laughed out of town, they chortled, in unison.

He apologised, more abjectly than was strictly appropriate.

"There are no such things as no-go areas,” said he. “Birmingham is a beautiful city!” 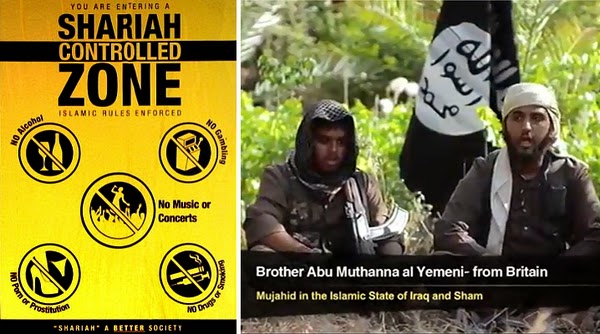 The BBC is well aware of this trend. There was a Panorama about it in 2009. There was that Stacey Dooley documentary for BBC 3. There’s Tower Hamlets. The trial of Luftur Rahman is going ahead at this very moment. The BBC knows all this, despite its reports of the Tower Hamlets electoral fraud trial being comparatively subdued. Compared, for example, to this:

There is a no-go area though, obviously. It’s a bit ‘haram’ to scaremonger about Muslims and the rise of Islam. Some people like to call it ‘Islamophobic’, so they don’t go there.
Posted by sue at 15:03