Bertrand, Paddy and me 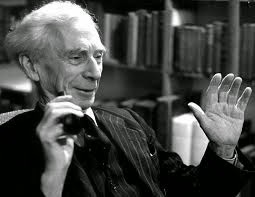 "I have been accused of a habit of changing my opinions … I am not myself in any degree ashamed of having changed my opinions. What physicist who was already active in 1900 would dream of boasting that his opinions had not changed during the last half century?", said Bertrand Russell.

I agree with (Nick) Bertrand. I've changed my mind on Paddy O'Connell.

I used to bash him with some intensity, and with good reason (I believe) for his - and his programme's - blatant left-wingery. But Paddy has changed and become a highly adept broadcaster in the past five years. He's grown vastly more conscious of his need to appear impartial. And he's giving that impression of impartiality week in and week out now.

Thus, given the change in Paddy, I'm also prepared to change my view of him - and his programme.

Reading his Twitter feed, bashing the Telegraph with numerous re-tweets - and, being a Stonewall ambassador, some Stonewall-style tweets - I was thinking of spotlighting his apparent bias here, but reading on through his Twitter feed, it's clear that Paddy knows that re-tweets imply endorsements (despite what some BBC reporters say) and he spreads his re-tweets cannily across the spectrum of views.

Plus he's not averse to tweeting Barry Cryer jokes: