Into the bear pit 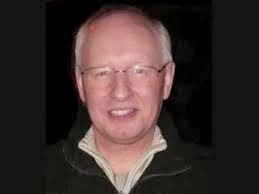 Talking about the authors at Biased BBC, the blog's editor, David Vance, was on this morning's The Big Questions.

The opening 'big question' was a very BBC question: "Is it always better to talk to terrorists?"

Here's how Nicky Campbell framed the question (in a decidedly one-sided fashion):

Yesterday's terrorists often turn into tomorrow's statesmen. From South Africa to the Middle East and Northern Ireland, people who were once on 'most wanted' lists agreed to sit down at peace talks and eventually came to hold high political office. But a report to be issued next week shows that these routes to negotiation and peace are threatened. Once armed groups have been blacklisted by governments even aid agencies wanting to negotiate with them to get humanitarian help to their victims can actually be breaking the law. Is it always better to talk to terrorists?

David Vance believes it's never right to talk to terrorists. It's an absolute moral principle for him.

Alongside him in opposing talks with Islamic State were sensible Emily Dyer of the Henry Jackson Society and foppish Telegraph writer Tim Stanley.

Julie Hambleton, who lost family in the Birmingham Pub Bombings, was in the audience and provided a powerful call to reality.

That's quite balanced (if slightly tilted to the 'pro-talks' side), but...

David Vance found himself on the receiving end of fierce opposition, with people constantly talking over him, the audience heckling him and, strikingly, Nicky Campbell repeatedly registering his disagreement - and giving him a much harder time than anyone else. (David, however, was completely undaunted. He knows how to handle himself in a BBC bear pit.)

Moral conservatives rarely get an easy time during a BBC-hosted discussion programme.

Nicky Campbell, who many people like (and others don't), didn't strike me as taking a straight-down-the-line position during this segment of the show. I thought his questions were overwhelmingly slanted towards the 'pro-talks' side - in number and in their emotional content.

The whole thing - as ever - was full of heat, and rather less light. The heat, of course, meant it was very good value for money for the programme's producers.

The other 'big questions' (if you were wondering) were 'Does faith have any place in schools?' and 'Does Satan exist only within us?'
Posted by Craig at 15:40