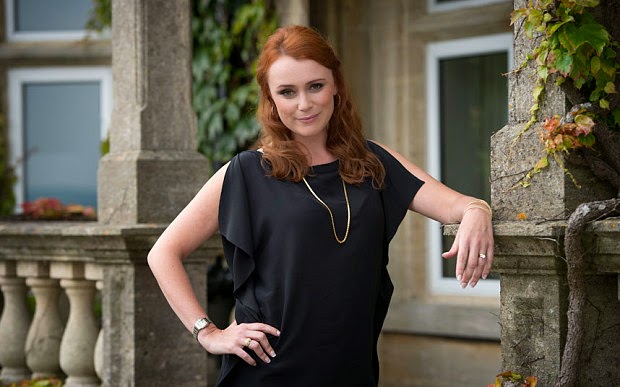 The BBC News website opens up a tiny number of reports for (licence-fee-paying) readers to 'have their say'. The Sky News website, in contrast, (to which I've never contributed a penny), opens up every article  for comment (as far as I can see).

I think I can see why the BBC runs scared of allowing its readers to comment on its reports. The BBC has strong controlling tendencies. It probably couldn't cope with thread after thread after thread slipping out of its grasp. Sky seems much more relaxed.

As things stand the BBC can simply put out a report on, say, three British-born Muslim girls apparently running off to live under the so-called so-called Islamic State and get away with projecting the sentiment that everyone in the nation is united in their "fears" for these "three UK schoolgirls".

The Sky News account is very similar to the BBC's and projects the same message, but - unlike the BBC - it opens its report to its readers.

And its readers, via the comments, offer a very different perspective: basically saying, "Good riddance to bad rubbish, and please don't let them back in".

Sensitive souls may flinch at that but it's a point of view that's likely to be widespread in Britain - the Britain that the British Broadcasting Corporation is funded by and which, surely, should be reflected.

Shutting down potentially 'unhelpful' comments is something the Telegraph has also been guilty of recently. The paper first wound down and then ended its lively blogs.

Now, what the Telegraph does is its own business (literally). As we know, it's a Tory paper, close to the Tory leadership. It doesn't reckon much to UKIP or Labour. The Telegraph isn't funded by a national licence fee. If I chose to subscribe to it or (like Sue) unsubscribe to it, that's my choice.

No such excuse is open to the BBC - the news website that likes to say 'no' to its fee-paying readers' comments.

Sue's point that "the commentariat seems to have migrated en masse from the Telegraph to the Guardian and vice versa" rings true.

Reading the comments at the Graun these days is far more pleasurable than it used to be. It's a less-heavily-moderated experience than it used to be, and a far greater range of views are heard. Indeed, occasionally, it reads like the Telegraph comments of, say, five years ago.

The rare comments threads at the Telegraph, in contrast, are as depressing (pace Borat) as a tumbleweed-filled town in deepest Kazakhstan.

Thankfully, however, the initial commentariat assault on Allison Pearson's brilliant (and I'd said bang on the mark) take on the BBC's one-sided drama output, which Sue described (and which I also witnessed), has now abated.

That initial flurry of antagonism was partly provoked by The Oborne Affair and, doubtless, stoked by the 'vice versa' Guardianista contingent now circling the corpse of the Torygraph blog.

Unlike then, the top comment now - doubtless reflecting the true view of the Telegraph readership - duly bashes the Beeb for being left-wing.

The Torygraph editors, incidentally, remain sufficiently audience-savvy (despite what Newsnight says) to know that their audience would want their pro-Tory piece for Allison Pearson illustrated by a picture of Keeley Hawes. We here at 'Is the BBC biased?' are far too high-minded to do such a thing.