When I heard of Peter Oborne’s high profile resignation my first thought was ‘Yippee I can buy the Telegraph again’. But on second thoughts, no. When we cancelled our subscription a while ago the Telegraph marketing department rang us at home to try to tempt us back, pleading: “we’re more left wing now." “precisely” I said or words to that effect.

Isn’t it a funny old world? If you look at online comments (I do) you’ll notice that the commentariat seems to have migrated en masse from The Telegraph to the Guardian and vice versa. I believe some of the credit for the improvement in the Guardian can be attributed to the relentless monitoring of its antisemitic and anti-Israel output by CiF Watch.

(I remember issuing a press release to theBiased-BBC audience to promote CiF Watch’s  imminent launch, whereupon rather than welcoming the good news, the btl commentariat  roundly turned on me for ‘advertising’. ) Oh well. Bitter memories.

So the Telegraph has moved to the left, and the Guardian has moved towards the middle. Let’s hope Adam Levick of CiFWatch builds up enough momentum with his new media watch enterprise to improve the likes of Sky.

Here’s one that goes against that trend. I always thought of Allison Pearson as one of the Telegraph’s columnists with a slightly lefty tendency. Maybe I was wrong. I don’t know if there’s a change on her part or if I was mistaken all along, perhaps getting her all mixed up with Mary Riddell, but you should read this. 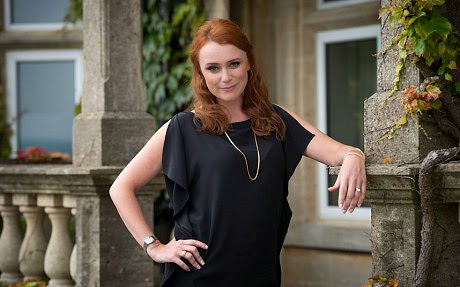 I thought it was a clever and  thought provoking piece, and it demonstrates that weird thing I mentioned with the BTL comments. (mostly castigating her at the time of writing this)

There is a guest article on Harry’s Place that sums up Peter Oborne. I urge everyone who hasn’t already done so, to read it now.

Of course if you tap Peter Oborne into this blog’s search facility you come up with a positive treasure trove.  The H.P. article about the piggy-eyed one  ends:

"My guess is that he’ll shortly announce his move to Al Jazeera or,  like The Guardian’s David Hearst, the Hamas thinktank, Middle East Monitor.”

I’ve just caught the tail end of newly released Al-Jazeera journalist Peter Greste telling the BBC’s Anita McVeigh that journalism needs to be open and unrestricted.  No doubt we’ll be hearing him on and off all day on the Beeb, with obvious irony and the BBC’s customary lack of self-awareness.

James Naughtie did an interview on journalistic and editorial integrity, advertising, sponsorship and so on with Harold Evans on the Today programme. Harold Evans said any compromising of journalistic integrity will damage advertising revenue, as attracting the best (most lucrative) advertising depends upon the credibility of the journalism; circular fashion. He disapproves of ‘native advertising’ which is when the advertiser fashions ads to look like editorial.

Does the same thing also go for sponsorship?   If Qatar, for example, sponsors something on, say, Sky, does that impact the unrestricted journalism that Peter Greste is asking for?  (Rhetorical question.)

Over on Biased BBC I followed a link (H/T Guest Who) to this  (no wonder the BBC uninvited Stephen Woolfe MP onto that infamous Galloway Q.T.)

which links to this 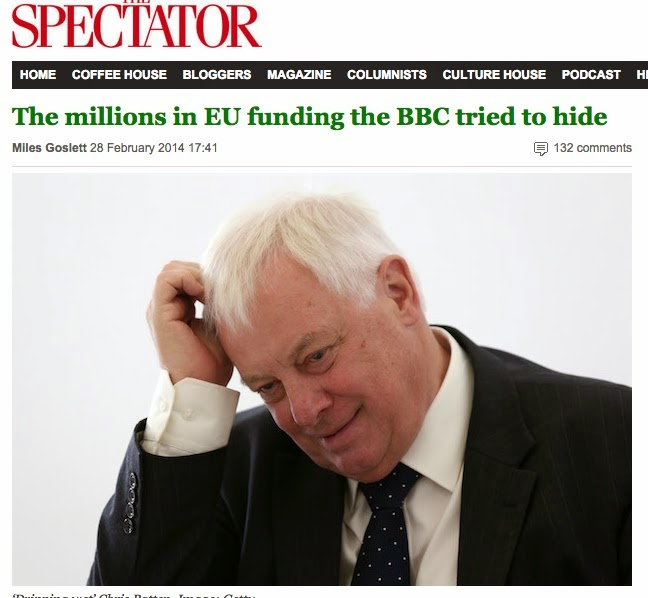 None of us are free from the tentacles of root of all evil (except Craig and me) Hmm.