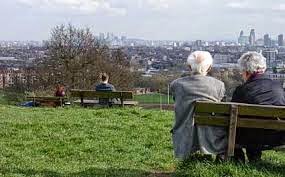 Due to family matters (of the nice variety), I've not have much time to blog this week - or to listen to or watch much on the BBC.

That said, I've tried to keep up with Newsnight (more of which over the weekend) and with Radio 4's PM and its 'Cannabis Week'.

Having posted about the BBC's apparent pro-liberalisation bias on the issue of cannabis last weekend I was intrigued to hear that PM was giving up large swathes of its programme this past week to the subject. (Why did they do that?)

I've never hidden the fact (even on my old blog) that - unlike, I suspect, many of you - I've always liked Eddie Mair and PM. But PM is a BBC staple and, thus, natually prone to the BBC's apparently institutional biases. So if the bias I've previously accused the BBC of is to be proven, a week of in-depth reports/discussions on the issue on a flagship radio 4 current affairs programme is a good place to start.

To balance that Eddie noted, briefly, that day's academic report suggesting that strong cannabis could lead to psychosis and promised alternative views later in the week.

On the second day, Tuesday, we heard from the BBC's home editor, Mark Easton - the one I think is strongly biased in favour of drugs liberalisation. His commentary was short but stacked with statistics - seemingly impartial but not wholly lacking in bias. ("Only a few hundred are jailed for cannabis possession but many people would say that's too many").

Then we heard from two people with experience of cannabis use. The first, suffering from MS, was an eloquent man who made a very strong case for liberalisation and the benefits of cannabis use. I was won over. Only after Googling his name did I confirm to myself that he was - as seemed fairly obvious from the interview - a pro-liberalisation activist. Couldn't PM have made that clearer?

Then came someone who is attending a cannabis user's equivalent of Alcoholics Anonymous because she's not had such a happy experience of cannabis. Her story was voiced by an actress, but was it a fair counter-balance?

As I listened to it - and by checking the pro-cannabis supporters on Twitter I confirmed this (as they were calling her a "piss-head") - I thought that the woman's problems went well beyond her cannabis use. She was clearly even more of an alcoholic than a drug addict - i.e. someone with a strongly addictive personality. Many pro-cannabis types on Twitter said that cannabis wasn't the root of her problem, and I think that was pretty obviously true (and much have struck most PM listeners that way too) - and, thus, she couldn't be considered a proper balancing counter-example to the deeply persuasive, articulate, MS-suffering user who preceded her.

Wednesday's edition featured a report on the medical debate over cannabis for the BBC's science correspondent David Shukman. All in all it was a fair report, though it ended on a positive (for cannabis) use with points in favour of the medical use of cannabis, thus inevitably tilting things slightly in the 'pro' direction.

On Thursday's PM we heard from Tom Burridge in Spain on the cannabis clubs there, living (largely) just within the law. His very interesting report featured some 'antis', showing some divergence of opinion over there, but was somewhat 'pros'-heavy (as you'll hear if you listen to it).

PM voiced a variety of listener opinions, some for, some against. The best points, to my mind, were made in favour of cannabis legalisation. (Was that because that was really the case? Or because PM selected better 'pros' than 'antis' from their response? We'll never know).

The panel covered a spectrum of opinion. At one end you had pro-decriminalisation crossbench peer Baroness Meacher. Not too far from her was Professor Val Curran, who wants liberalisation of cannabis on medical grounds. Against them was 'addiction expert' Sarah Graham, who opposes cannabis use and any form of liberalisation...

...plus the oh-so-impartial BBC home editor Mark Easton, whose scant contributions (why was he there?) reminded listeners that the 'war on drugs' began with a Christian religious nut who compelled politicians to brand drugs as "evil" (and that really was the tone of Mark's point).

Some might call that a 3 against 1 bias (and, with Eddie Mair, a 4 against 1 bias - see below). It was certainly a 2 against 1 bias. The debate got very heated. Baroness Meacher and Prof Curran ended up scrapping with Sarah Graham in a manner that wouldn't have embarrassed Nicky Campbell's The Big Questions. Sarah Graham was the hottest-tempered, but had to face two hostile guests - and Eddie Mair, who - unquestionably, factually - gave her a much harder time than anyone else (despite her being the only non-pro-liberalisation guest)

Personally, I found Sarah deeply unpersuasive, and Prof Curran very persuasive. That's where I am, but it may also, if I'm being cynical, be where the BBC is too.

Think conspiratorially for a moment please. Imagine if you're pro-cannabis liberalisation. What would you do? Why not get in a prominent and eloquent pro-decriminalisation speaker, and a prominent, fairly liberal, 'independent' professor, and, to 'balance' them, someone with no evident scientific background and who has a tendency to become aggressive and 'ranty' - and make a fool of herself by rejecting scientific evidence in favour of anecdotal evidence? Because that - to my way of thinking - is how things panned out this evening.

Please take a listen for yourselves and see if you agree that BBC Radio 4 revealed a socially liberal bias here as regards drugs, despite its pretensions to impartiality.

Pro-cannabis people have been out in force. They've been condemning Sarah Graham's presence on the programme, but generally praising PM. A few anti-drugs people have denounced the programme as being biased in favour of liberalisation. One exchange saw one of those rare anti-drugs tweeters saying that the panel was heavy with pro-liberalisation types, and an pro-liberalisation tweeter responding that the panel was heavy with pro-good sense types.

Fascinating as it was, PM's 'Cannabis Week' can hardly be said to escape the charge of bias.
Posted by Craig at 23:30