“We turn to another element of the same story,” said James Naughtie this morning, introducing the next item - the beheading of 10 Coptic Christians by Islamic State in Libya.  (8:10)

John Humphrys and Rabbi Menachem Margolin had just finished talking about the attack in Denmark.

Another element of THE SAME STORY? That’s exactly what he said.
Wow! James Naughtie has made a connection that hitherto the BBC has found almost impossible to make.

All forms of terrorism by crazed Islamic fanatics are a bit similar. They have something in common. Soon they could join the dots between I.S., Hamas and Hezbollah.

At this rate, one day they should understand what Israel has been defending itself against for the last 67 years. 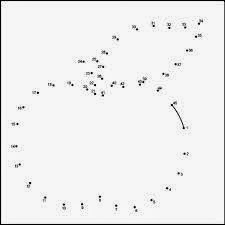 I wonder what it will take for the penny to finally drop?

Over on Biased BBC they’re discussing John Humphrys’s unkind attitude in the interview with Rabbi Menachem Margolin. Humph wasn’t all that nice to the cartoonist Lars Vilks for that matter.  "Do you regret having drawn that cartoon?" he asked in a rather unpleasant tone of voice.

He suggested Rabbi Margolin was exaggerating, and said there is a danger in “overstating”  the current antisemitism.

There is much more danger is in understating it if you ask me. But you didn’t.
Posted by sue at 18:04