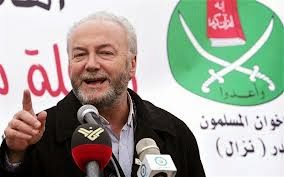 Well, well, well...George Galloway and his supporters are accusing the BBC of a "set-up" over Question Time.

It's not unusual for Question Time to be accused of setting up 'beyond the pale' types for a fall. In the case of Nick Griffin, for example, it would be very hard to persuasively argue that he wasn't set up for a fall - and duly fell.

What is unusual, however, is the apparent light shed by the Respect MP on the behind-the-scenes goings-on at Question Time following his hostile reception on this week's edition.

For starters, he said that David Dimbleby privately apologised to him afterwards (though obviously not that privately, given that Galloway decided to then share it with the world!)

He complained, "It was very poorly chaired by a man I admire but who let himself down immensely."

The controversy centred around a question that one audience member asked about a rise in antisemitism in the UK.

But the question also included a reference to the MP for Bradford West bearing some responsibility for this rise, an inclusion he said that had not been agreed beforehand.

In George Galloway's own words:

He added his own words and David Dimbleby should have stopped and re-shot that question, as it’s not a live show.

David Dimbleby apologised to me afterwards for the man adding on that bit, but he should have made it clear to the audience that this trick had been played and not just apologise afterwards.

To accuse a parliamentarian of 27 years of being responsible for a spike in antisemitism is totally ludicrous.

Unless I'm missing something though, aren't people misreading this (perhaps as a result of the Guardian writer's ambiguous wording)?

Those direct quotations of Galloway's don't, as far as I can see, mean that he is saying that he (GG) had seen the question in advance. Surely all they mean is that, after the show, he found out what the original question was [doubtless by asking, angrily] and discovered that it didn't include a mention of him and that the questioner had added that bit on later - and that he was angry about it.

Anyhow, George Galloway also 'joined the club' in complaining about the composition of the audience. He said there wasn't a single Muslim in the audience despite there being a lot of Muslims in the borough where the programme was recorded - Finchley.

Well, firstly, how does he know?

Secondly, however, Finchley has also got a significant Jewish population. The run-up to the programme was dominated, I recall, by pieces in the Mail and Telegraph reporting complaints that the BBC was being deliberately provocative (and insulting) in inviting Galloway to appear in a programme about to be broadcast from the area of the UK with the largest Jewish population - complaints I feel were perfectly justified.

So, in this respect at least, George Galloway may have a point about a BBC "set-up". It clearly was a set-up - a set-up engineered to generate heat and ratings. Who the intended fall-guy from this set-up was - Galloway or the Jewish population of Finchley - we'll probably never know. I don't think the BBC's motives were honourable here though.

The BBC, of course, thinks it got it about right:

We are satisfied the programme was conducted appropriately and fairly.

Each week Question Time aims to have an audience that reflects the ethnic make-up of the area where we are filming, as well as being politically balanced.

This week’s audience was no different and included people from a range of different faiths.

Update 8/2: I think we're witnessing the birth of a powerful new meme about BBC bias this weekend - one we'll see endlessly repeated as 'fact' on blogs critical of the BBC in the coming years and which the BBC, in turn, will keep on saying isn't true whenever it's raised.

It's based on what I'm now convinced is people's total misunderstanding of that rather badly-worded Guardian report, described above.

Over at B-BBC some commenters are now sure it means that (according to GG) the questions on Question Time are agreed with the panelists beforehand and that the BBC is lying when it says [as it always says] they aren't.

As I wrote above, "An inclusion he [George Galloway] said that had not been agreed beforehand" does not necessarily mean that he [GG] was involved in agreeing with it. It's an ambiguous sentence that can be taken in more than one way, and, as far as I can see, all it means is 'what was "agreed" between the questioner and the QT production team' [which GG subsequently found out about and got angry about afterwards].

If people complain to the BBC about this, the BBC will simply reply that they don't discuss the questions with panelists beforehand and that if GG is saying they do [which he isn't] then he's wrong and, thus, the complaint is not upheld and the complainants complaint will be filed on the BBC log for BBC staff to read and laugh at. And in this case, I think the BBC would be right to do so.
Posted by Craig at 22:52