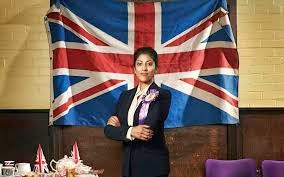 You kip if you want to. The BBC's not for kipping. (Though plenty of lefties on Twitter think it is).

Tomorrow night BBC Two is broadcasting a programme called Meet the Ukippers. (Those Twitter lefties will doubtless be tweeting away furiously).

The blurb accompanying the programme is already causing some anxiety among UKIP supporters, and I bet you can see why:

An unprecedented insight into the heartland of UKIP that follows the party faithful as they ride high in the polls and try - but fail - to avoid the gaffes the media are looking for. Thanet on the Kent coast is where Nigel Farage has chosen to stand for parliament, but this timely film is about the local party activists who stand firmly behind him rather than the media-savvy leader himself. Filmed over six months, these true believers explain the UKIP phenomena, but there are also jaw-dropping views on race the national party would definitely prefer weren't aired.

The men behind the programme are executive producer Darren Kemp and director/producer Kevin Hull.

Darren Kemp is a BBC man - a commissioning editor no less. Kevin Hull, however, is the man behind Channel 4's much-derided-by-the-BBC-and-the-Left-but-much-admired-by-right-wingers Benefits Street - which complicates matters somewhat for potential complainants.
Posted by Craig at 17:27