A couple of weeks ago Beyond Belief (Radio 4) tackled antisemitism. In the chair, Ernie Rea.

Ed Kessler and Dr. Yaakov Wise were there to speak as ‘Jews’, and for some reason best known to the BBC, Mo Ansar had been invited to represent ‘the Muslims’, doing his utmost to shoehorn 'Islamophobia' into the picture at any and every opportunity.


I’ll summarise (my impression) as follows:

"Did you, know, Muslims are the new Jews, and wherever you find antisemitism, Islamophobia is lurking nearby? (Well you do now) Also, antisemitism doesn’t emanate primarily from the Muslims.  No, where it comes from is a bit of a mystery.
Some people conflate Jews with Israel. Of course not every Jew supports the Israeli government, in fact more and more young Jews support the Palestinians! Not a lot of people know that, so hating Jews just because you think Israel is evil is the wrong thing to do. It’s a complete misunderstanding of the situation, which is (obviously) that almost everyone, including Jews, thinks Israel is wrong. The few exceptions who don’t, they’re the ones you should hate.”

Here’s me thinking that Mo Ansar had made an absolute fool of himself over various issues; cartoons and stuff like that. Yet there they go again, dragging him in for his ‘opinion’ as though he wasn’t an utter charlatan. Silly me.

Listening to the beginning of this episode, a description of her family’s unhappy experiences as East Germans trapped behind the Berlin wall, then, as new immigrants to the west, the family's gratitude and willingness to put up with the harsh conditions imposed upon refugees, such was their relief at escaping the GDR.

Upon listening to this lead-up, a casual listener who understood that the talk was supposed to be about PEGIDA, might assume that Ms Franck was about to declare that she was somewhat in favour of protests against the 'Islamification' of Europe.
Not a bit of it.  In fact it turned out that she was about to explain, from her special position as a one-time immigrant, that she was not at all against immigration, mass Muslim or whatever, nor was she concerned about the Islamification of Europe. 'Islamicization', she (or the voice-over) called it, enunciating it with disgust. Not because she thought it was undesirable. No. She didn’t even recognise it. She didn’t accept that such a thing exits, but if it does, there was nothing undesirable about it.
This is the BBC, and Julia Franck was so heartily in favour of immigration, that the producer (or whomsoever was responsible for directing the actress translating Ms Franck’s words) made sure they were given the full-on ‘Islam is the Religion of Peace’ treatment with a reverential, saccharine, smiley-face tone of voice.

More melodrama on Harry’s Place over George Galloway. From a link on the thread, more about his attention-seeking threats to sue, and the ‘chilling effect’ of this and most of what he does.
This ‘chilling effect’ is another way of describing the ramifications of what “the terrorist” does. Scares the pants off would-be dissenters from his particular rules.

I understand that Hadley Freeman (me neither) deleted the offending Tweet as soon as George started expressing his outrage, so the forthcoming ‘day in court’ if it ever comes to pass will be a massive publicity stunt for the gorgeous one, whereupon he and his acolytes will be delighted.

Also on Harry’s Place, more on Sizer and  more from Archbishop Welby: Good grief. One interesting point, which I read in a comment, I’ve forgotten where, is that if Sizer religiously (ha) complies with his promise never again to refer to the Middle East, it would seriously hamper his ability to do his priestly duties. It’s where Jesus hung out, after all.

The BBC has presented 'member of the International Solidarity movement 'Kayla Mueller as another saintly martyr.
She certainly  ‘didn’t deserve to die’, (who does?) but it turns out that she’s a bit of a Rachel Corrie.
Mark Steyn:

“If "idealism" is defined as taking the side of the Palestinians against the Israelis, Kayla Mueller was super-idealistic. That's her right, of course - the right to choose which side she was on. And then she took her "idealism" and "optimism" off to Syria. And, even though she was on their side and believed as they do that "resistance flows from the minaret five times a day", to ISIS she was just another high-value infidel. So they kidnapped her and killed her.”

More revelations; She might have ‘married’ an ISIS commander before she died!

"I'm not sure yet how to live in a world without Kayla, but I do know that we're all living in a better world because of her," said a tearful Eryn Street, one of Mueller's closest friends, as she spoke from the courthouse plaza in Prescott on Tuesday.

What can she mean??

The Telegraph online has a picture gallery. The other day it featured about  30 pictures of a Hamas youth training camp.
Today it’s Prince Charles touring the Middle East.  “Comments are closed on this picture gallery.” Shame. No. 5 was particularly strange.

I’d swear that HRH prince Alwaleed bin Talal bin Abdulaziz al Saud (!) is wearing an actual tea-towel and one of those glass-cloths, on his head. 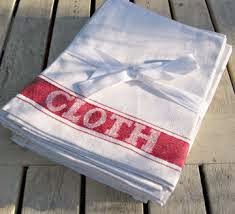