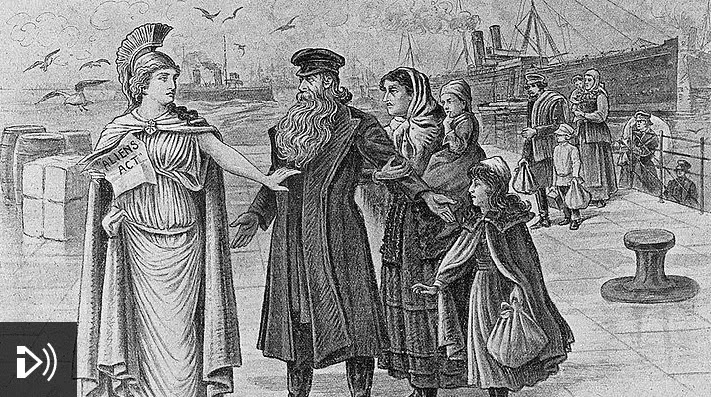 A couple of weeks ago Craig wrote about the BBC’s treatment of a controversial topic. Immigration.

It is generally accepted by everyone except BBC staff and anyone with a particularly pro-immigration agenda, that the BBC has shown a marked pro-immigration bias. Furthermore it’s pretty obvious that nothing has been done to redress the balance. In fact by not reporting events that would reinforce the case against unlimited immigration, the BBC rubs salt in the wound.

David Keighley, another blogger with an eye on the BBC, has been monitoring the BBC’s pro-immigration bias too.
According to Keighley, John Humphrys admitted there was bias, but is confident that it’s fixed now. ‘I did it once but I think I got away with it’. We hear belated mea culpas all too often from BBC ‘high-ups’ (as my late mother in law used to call  people in authority.)

One of the problems is that the BBC doesn’t think much of Sir Andrew Green of Migration Watch. So they tend to ignore him. That’s the way to do it! as Mr. Punch would say.

This morning I listened to an edition of “The Long View’ with Jonathan Freedland.  “The Aliens Act 1905” It was about immigration. I found it particularly interesting as I understand both my maternal and paternal grandparents fled from pogroms in Russia or Eastern Europe in the late 1800s. The thing that disturbed me was that Freedland was inviting the listener to see a parallel between the influx of Jews then and the influx of Muslims now.


There was a similar kind of hostility, fear of the unknown, and personal and political  prejudice then as there is now, he seemed to be saying. I took the message to be that the British were unnecessarily alarmed then, therefore they (we) are unnecessarily alarmed now.  It’s that same old ‘Muslims are the new Jews’ thing.
I would love to know what Jonathan Freedland would make of this.


I have to admit I haven’t had the patience to plough through it all, but I have gleaned enough to know that Muslims are not the new Jews, the old Jews or any kind of Jews in between.
The sad and bitter irony is that there is no comparison between Muslim and Jews, when so many Muslims harbour such a fierce and visceral hatred of the Jews

In all our years at  Biased-BBC.org, and here in the comparative backwater of
“Is the BBC biased?”, the most dispiriting thing for bloggers is the lack of engagement with, or response from, the actual BBC. (Nothing much since the days of Nick Reynolds circa 2009 ) and Martin Belam circa 2008 )

In other words the BBC ignores the likes of us. That’s not the way to do it though, because simply tap ‘BBC Bias’ into Google and reams of material pops up, and despite the old “we get complaints from both sides” chestnut, anyone can see that the literate complaints overwhelmingly accuse the BBC of a left-wing, pro immigration and anti-Israel bias.

When Darius Bazargan, the presenter and filmmaker responsible for the immigration related episode of ‘Our World”  “Calais The Final Frontier (2015)’ posted a comment, having stumbled upon this blog, he defended his film against our accusation that it was pro-immigration.


“Well I don't think it was biased in favour of the migrants at all. The situation in Calais is bad for everyone -- citizens, police, truckers, migrants... there are no winners there.
Watch the whole film and decide for yourselves
http://www.movhunter.net/watch.php?vid=a6640b9b8”

I don’t think it was merely a link-dump, (something we at “IsTheBBCBiased?” consciously don’t do, perhaps to the detriment of the blog’s internet visibility.)
Well, it was a link-dump in that he dumped a link, but perhaps he sincerely believed his film was unbiased, and since Mr Bazargan did us the honour of posting a comment I’m returning the compliment and taking a fresh look at the film.

I’d say it’s a beautifully shot film, atmospheric, informative and interesting, almost a work of art.  It is pro immigration for the simple reason that it was about a specific problem in Calais. It didn’t examine how unlimited immigration has affected Europe and the UK, it wasn’t about the morality of economic and cultural inequality and it didn’t address the impracticability of absorbing disproportionate numbers of culturally backward immigrants or the problems associated with numbers of religiously ill-disposed families who are reluctant to integrate or adapt.

Therefore by its very remit it was sympathetic to would-be immigrants, in particular those  featured in the film, and it made killjoys out of anyone who might wish to keep them out.

Most of the ‘migrants’ featured looked young, lost and vulnerable. Who wouldn’t want to take softly-spoken Osman home and give him a warm bath, a hot meal, a job, get his family over, give him tax credit, housing benefit, educate his children, refrain from depicting images of the prophet Mohammed PBUH and intruduce Sharia law?
That was a mean way of putting it, I admit, but surely the viewer was bound to ask him/herself why he didn’t deserve a bath and a hot meal, and maybe a roof over his head?

Even the two daredevils who were flushed out from underneath a lorry took it in good spirits. It was like a game of high-stake hide and seek; the viewer was invited to marvel at the audacity. An endurance test, after which anyone clever enough to get past the bad guys deserved to win.

Technically, the film did show another side of the story.
The skinheads, for example, but they are hardly likely to elicit sympathy for the case against, let’s be honest.
One could sympathise with the lorry drivers, but when pitted against the poor migrants who had ‘nothing to lose’ their difficulties paled into insignificance and became slight inconveniences.

The Deputy Mayor of Calais, Phillipe Mignonet has clearly been lumbered with a huge problem, and he was obviously unfairly bearing the brunt of the  blame, but his neat appearance still hinted of ‘I’m alright Jack’.

What am I saying?  Well, for the most part the film focused on ‘worthy’ immigrants who had endured hell and high water to get so near, yet so far. As has been said many, many times, the BBC will feature heartrending stories about asylum seekers and would-be immigrants, but ignore stories about the type of immigrants who who don’t intend to integrate, let alone ‘Westernise’, who make unreasonable demands on British society, don’t abide by our laws and are the bane of some of our cities.

Towards the end, the presenter did acknowledge that there are deep underlying causes for the Calais fiasco, and warned us that it was not in this particular film’s remit to explore them.
This confined the film to one relatively narrow manifestation of the problem, the plight of the thwarted immigrants. The one section where migrants were shown negatively was a near riot, but even that was (implicitly) incited by the police.

Was it unreasonable to expect one film to address the cause underlying the situation?
It wasn’t in the remit, but by ignoring the entire bundle of issues that have turned so many people against mass immigration from the third world, the film’s message could only be pro immigration.

It’s not Darius Bazargan’s fault that the BBC downplays much of these problems or tries to conceal potentially combustable issues in the name of so-called social cohesion.


If that film had been part of a BBC series examining the situation, or if the counter argument had been featured over a broad range of the BBC’s output the film would be a fine piece of stand-alone work. But as things stand it functions as another part of the BBC’s unremitting pro-immigration campaign.
Posted by sue at 15:04